Part 2: The Tale of the Haggada of Sarajevo

If you thought Part 1: The Tale of the Haggada of Sarajevo was all there was to the story of the Sarajevo Haggada, guess again! We still have much to learn about it. Shall we continue?

Weathering Through the World War

A rare book hidden in the depository got the attention of the Nazis in 1941 when they invaded Yugoslavia. But they were tricked and told by the chief librarian of the Land Museum, a man named Derviš Korkůt, that it had been already confiscated and sent to Berlin. In truth, he had hidden the manuscript from both the Nazis and Ustashe. Derviš risked his life by smuggling the Haggadah out of Sarajevo. He managed to save this precious book while holocaust decimated Jewish communities all around.

Many legends about the Sarajevo Haggada from the time of the WWII arose. It was said that Korkut gave it to a Muslim cleric in Zenica, where it was hidden under the floorboards of either a mosque or a Muslim home. According to other versions, it was stashed in a remote mountain village or buried in a garden. 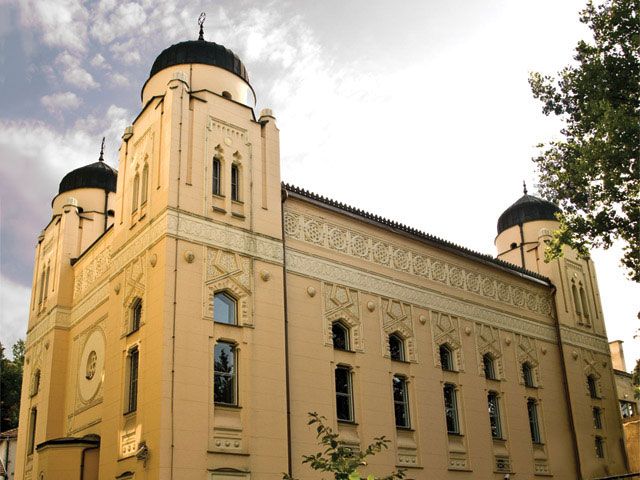 After the war, the book remained under the administration of the Sarajevo Land Museum, but the greatest tale was yet to come. During the war in Bosnia and Herzegovina in the 1990s, the precious text was once again in danger. There were speculations that the book had been destroyed. The truth was far from it.

In 1992 during the Bosnian War, the Haggadah manuscript survived a museum break-in. It was discovered on the floor during the police investigation by a local Inspector, Fahrudin Čebo, with many other items thieves believed were not valuable. It also survived in an underground bank vault during the Siege of Sarajevo by Serb forces.

To quell rumors that the government had sold the Haggadah in order to buy weapons, the president of Bosnia presented the manuscript at a community Seder in 1995. Afterwards, the manuscript was restored through a special campaign financed by the United Nations and the Bosnian Jewish community in 2001. It went on permanent display at the museum in December 2002.

A Spotlight on Sarajevo

The Sarajevo Hagada helped bring the world’s attention to the war-torn city of Sarajevo. American Senator Joe Lieberman wanted to come to town during Pesach in 1995 if the famous Hagada were at a ceremony at the holiday table. The heavy bombing of the city and the closure of the airport eventually prevented this, unfortunately. But as it was closely watched by the media, it brought wide attention to the ancient book and its history. 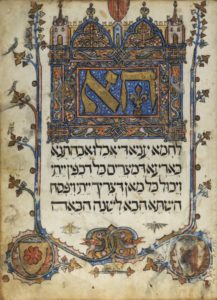 Many reproductions and reprints of the Sarajevo Haggada have been made. In 1957, a facsimile of the Haggadah was published by Sándor Scheiber, director of the Rabbinical Seminary in Budapest. In 1985, a reproduction was printed in Ljubljana–then Yugoslavia–with 5,000 copies made. Suprisingly – although part of the Soviet bloc – the relatively liberal Tito§s régime allowed such things. The National Museum subsequently authorized the publication of a limited number of reproductions of the Haggadah, each of which has become a collector’s item. In May 2006, the Sarajevo publishing house Rabic Ltd. announced the f publication of 613 copies of the Haggadah on handmade parchment that attempted to recreate the original appearance of the 14th century original, alluding to the 613 Mitzvot.

Eager for more interesting history lessons about Europe’s Jewish heritage? Then join Kosher River Cruise as we go on a kosher cruise of a lifetime to the majestic rivers of Europe! For more information, contact us at https://kosherrivercruise.com/