Part 1: The Tale of the Haggada of Sarajevo

Joining a kosher tour with KRC to Europe is not only a chance to see important Jewish sites in the European continent, but also to learn about significant personalities and listen to stories that are unique to the Jewish communities of the countries. Like a story of a special book.

For centuries, the Jews have celebrated Pessach, a holiday commemorating the Hebrews’ freedom from Egyptian slavery, by reading the Haggada, a book of the story of Passover.

Having their very own Haggada was always the desire of every Jewish family. Some rich families in medieval Spain could afford specially crafted, illuminated and beautifully decorated ones. One of the most precious books in Jewish history is the famous Haggada of Sarajevo. 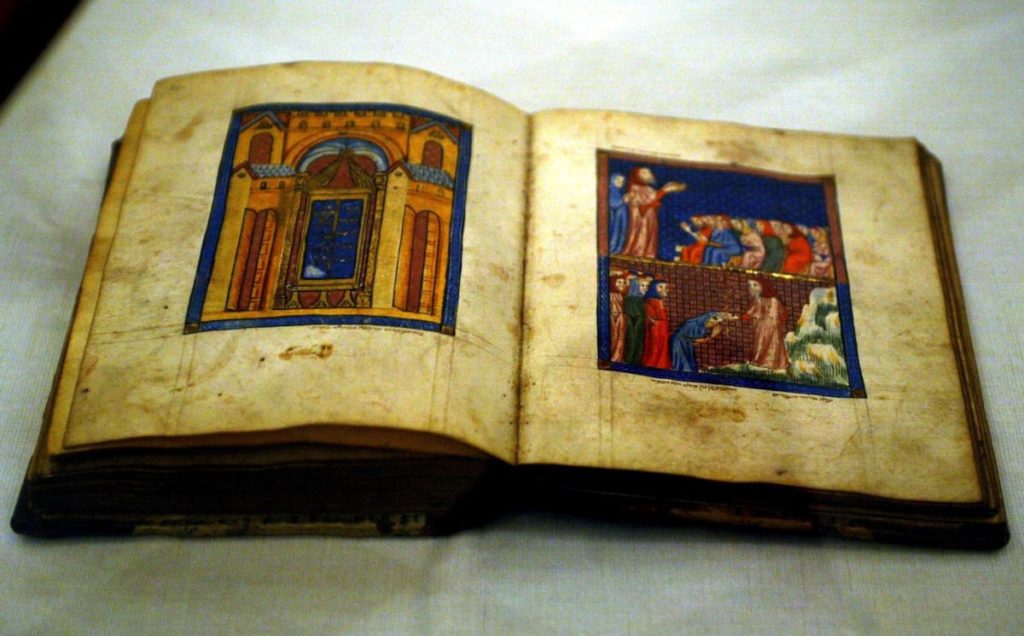 How Did the Sarajevo Haggada Come to Be?

We do not know much about the origins or the author of the Sarajevo Haggada. It was not created in Sarajevo but in medieval Spain, in the city of Barcelona, in around the year 1350. Only a few pieces of old Jewish manuscripts and Haggadot have survived in the entire world. The Sarajevo Haggada excells among them in the way it was created and its unique, unprecedented history. It is one of the oldest Sephardic Haggadahs in the world!

In addition to standard Seder texts, with gold and silver decorated capital letters, it also contains additional readings. The Sarajevo Haggadah is handwritten on bleached calfskin and illuminated in copper and gold. s. Its pages are stained with wine, evidence that it was used at many Passover Seders.

It has 34 pages of illustrations of key scenes in the Bible from creation through the death of Moses. Dozens of wonderful and still perfectly preserved illustrations of biblical stories including the story of the Creation of the World, where the World is depicted as a globe!

In a different illustration, we can see the coat of arms of the Royal City of Barcelona. But there are also scenes from medieval Jewish life to be found in the book – a family Seder; the handing out Matzot and Charoset; a rabbi teaching his students.

Each illustration is a true gem. 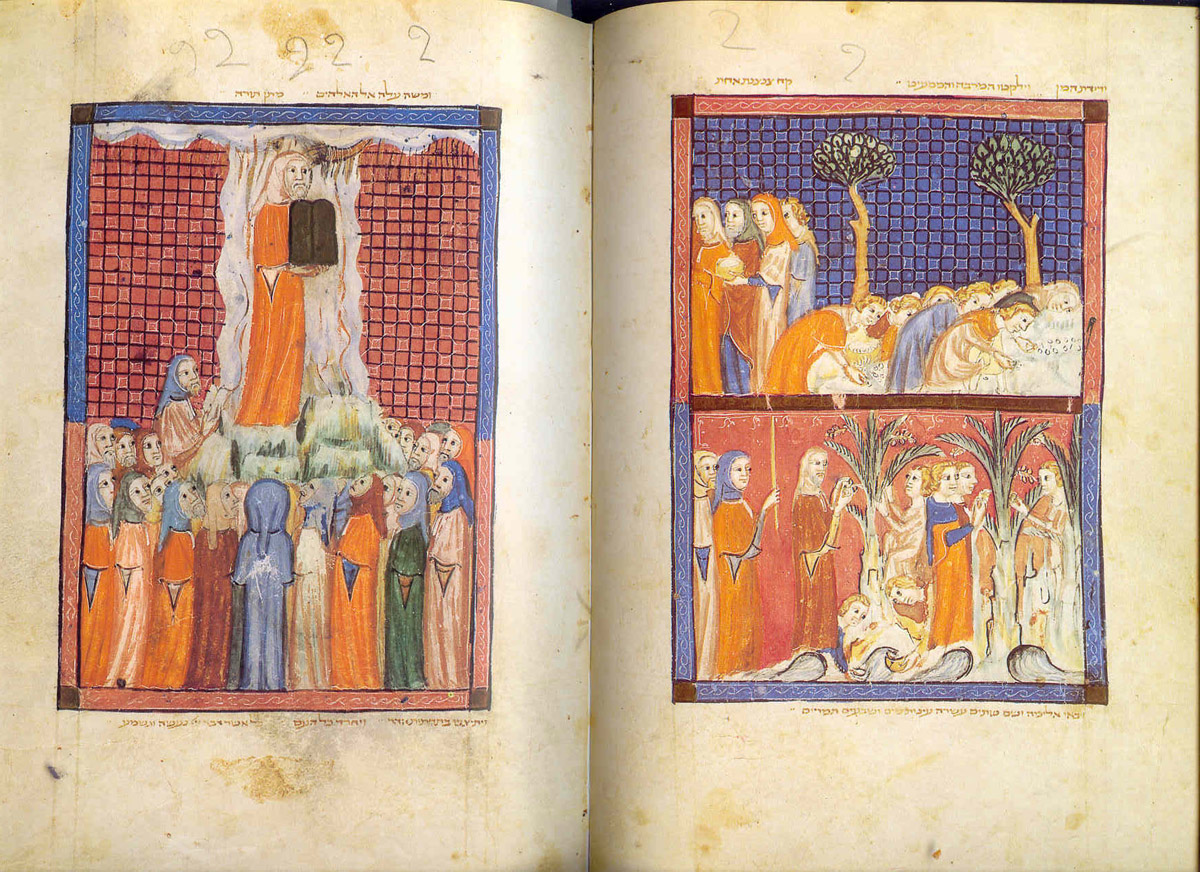 Although we do not know its author, we are able somehow to reconstruct its story. And it is just as unique. After the expulsion of the Jews from Spain in 1492, the Haggada apparently changed its owner around the year 1510, as evidenced by the inscription. A more specific clue is a note written into the book, which is dated as of 1609:

“This Jewish book does not contain anything against the Holy Church.“

It was signed by a man called Vistorini. What we further know about this individual is that he was a Catholic inquisitor active in the Italian cities of Venice and Modena. We can establish that the Haggada was used for centuries in – or around – Venice, which had one of the most important Jewish communities in the world then.

In 1894, the book appeared in Bosnia and Herzegovina, which then was part of the Austrian Empire. It perhaps came here as part of a dowry, or simply as property of Jews who found it safe here. All we know is that it was sold to the National Museum in Sarajevo in 1894 by a man named Josef Kohen. The price that the Bosnian Museum paid for it was 150,000 Austrian Crowns. Today, the price is estimated at around an astounding $ 7 Million!

But that’s not all there is to it about the Sarajevo Haggada. Let’s learn more about it in Part 2: The Tale of the Haggada of Sarajevo!