Zagreb, the Capital of Croatia

Zagreb is the capital of Croatia. Croatia is a country at the crossroads of Central and Southeast Europe, on the Adriatic Sea. It has an area of 56,594 square kilometres and a population of 4.28 million, most of whom are Roman Catholics. For most of the 20th century, Croatia was one of the members of the federation of Yugoslavia, meaning the “Southern Slavonic States“.

The first Slavs of Croatia arrived at the beginning of the 7th century. At the start of the 9th century they created a state with two separate duchies. The first Croatian king was Tomislav in 925. From 910 to 925 he held the title of duke before being promoted to king by the Pope. 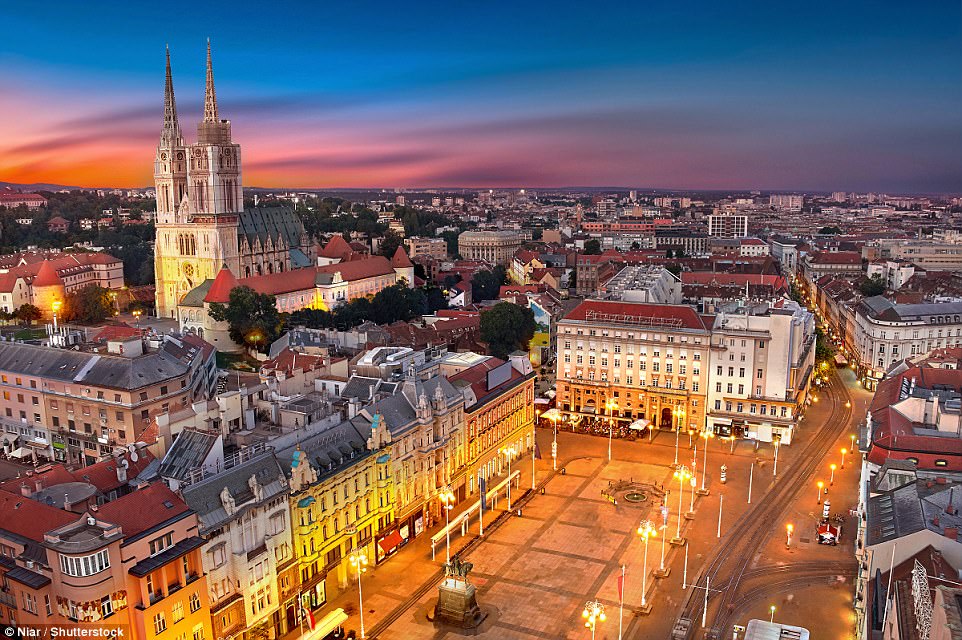 As a separate kingdom, Croatia appeared in 1102 when it joined the Uruba People’s Union. In 1527 Ferdinand I of Habsburg was elected king to help Croatia fight the Hundred-Years war (1493-1593) with the Ottoman Empire. The was part of the Habsburg Monarchy until the end of WWI in 1918.

The city of Zagreb lies at the foot of the Medvednica Mountains, north of the Sava River, in the northwest part of the country near the Slovenian border. It is home to roughly 800,000 inhabitants but the wider metropolitan area has over a million. The city is seat of the government, parliament and the archbishop.

There are several universities with many thousand young students, making Zagreb one of the youngest cities per capita in the country. It is an important transport hub (rail and motorway junction) between the Adriatic Sea and Central Europe. The city is home to football clubs GNK Dinamo Zagreb, NK Lokomotiva Zagreb and NK Zagreb and hockey club KHL Medveschak.

On the hill where the Kaptol – the main cathedral of the city – stands today, remnants of tombstones from the 1st century were found. The first written mention of settlements in this area date back from 1094, when the Hungarian King László established a bishopric on the site of today’s Kaptol.

On the western ridge, separated by the brook Medveščak, a business settlement called Gradec was established. This evolved into today’s Upper Town. During the Mongol invasion in 1242, King Béla IV found refuge here and out of gratitude, he later proclaimed Zagreb a free royal town.

Since 1526, Habsburgs controlled both Hungary and Croatia. In 1557 Zagreb established the Croatian Assembly. In 1607, the Jesuits came to town, as they were invited by the Habsburgs. They founded their college, the predecessor of Zagreb University. 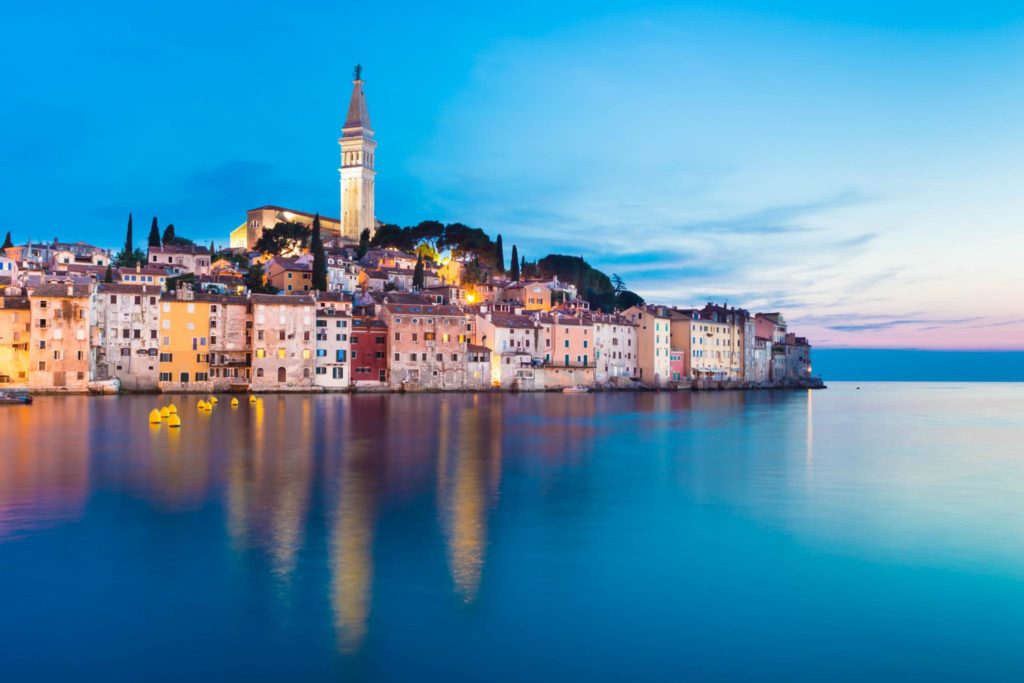 From 1621, Zagreb was the seat of Croatia’s Bán or Viceroy. Both settlements, Kaptol as the religous and Gradec as the political center, still had their own fortifications and at certain times competed with each other. South of these two , today’s Lower Town was created in the 17th century, known as Donji Grad. This was where business and craft life moved. It was not until 1850 that Kaptol, Gradec and Donji Grad merged together as one large urban area.

In the 17th and 18th centuries, the city was hit by fires and tsunamis several times. In 1860 the railroad reached the town. Construction began to take place between the station and the old part of the city. Zagreb grew along with its influence. The city became the center of the Croatian renaissance movement in the second half of 19th century. In 1880, the city suffered a great earthquake that severely damaged the cathedral, which was then thoroughly restored.

After the break-up of the Austro-Hungarian Empire after the First World War, the “Assembly of the Southern Slavic Peoples“ was held in Zagreb. Their representatives decided to create one state – the Kingdom of the Southern Slavs. During the Second World War, Croatia established their own fascist puppet régime that collaborated with Hitler, known as the Ustashe State, which ended in 1945.

During the Socialist Yugoslavia, Zagreb was once again the Croatian capital. At that time Novi Zagreb was built – a settlement south of the city, near the river Sava. Since 1991, it has again been the capital of independent Croatia, although it was bombed and suffered heavily during the Yugoslav Civil War in the 1990s but was not seriously damaged.

The Jewish community of Zagreb was never a large nor an important one. Despite that, it has a very interesting history. Jews arrived in Croatia with the Roman armies, and there are remains of a Jewish cemetery in Solin (near Split) dating back to the 3rd century. That community ceased to exist in 641, when Solin was destroyed. The Croats, who entered the region in the 7th century and created a kingdom in the 10th century, found well-established Jewish communities there.

Jews lived in Zagreb in the 13th and 14th centuries. Jewish communities in Split and Dubrovnik prospered, particularly during the Middle Ages. They played an important role in the commerce with Italy and the countries of the Danube basin. However, Jews were expelled from Croatia proper and from Slavonia in 1456 and did not return until the end of the 18th century. By that time, the territory was ruled by the Habsburgs. 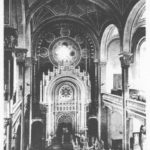 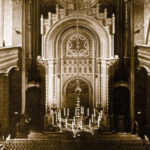 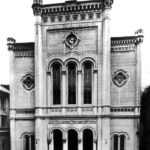 During the reign of Emperor Joseph II, Jewish settlement was allowed. Jews arrived from Burgenland, Bohemia, Moravia, Hungary and elsewhere in the empire. Jews still had to contend with a number of restrictions until their full emancipation in 1870. The community was strongly influenced by Austro-German and Hungarian culture, and in many respects communal and religious life followed the pattern established in those countries.

After World War I, upon the establishment of an independent Yugoslavia incorporating Croatia, the Jewish community was integrated into the new state’s Federation of Jewish Communities. In the interwar period, some 20,000 Jews lived in Croatia.

After the German invasion of Yugoslavia in April 1941, Croatia was reorganized as a semi-independent state allied with Germany. During the course of the next four years, the Croats stripped the Jews of all their property and eventually killed most of them in local concentration camps. The most notorious of these was the Jasenovac camp. Thousands of Jews perished at the hands of the Ustashe (Croat Fascists). The Grand Synagogue of Zagreb, built in late 19th century after its model in Vienna, one of the dominants of the city, was blown up and the place in the city center is empty until today.

After the war, some of the survivors returned; the Jewish community was reconstituted and Jewish life resumed. Three quarters of Croatia’s 2,000 Jews live in the capital of Zagreb today.

Not many think of going on a kosher tour to Croatia, but if you want to learn more about the Jewish heritage in Europe, you can always join us as we travel to the gems it has to offer.