Kosher tours through Portugal and Spain are sure to be fulfilling experiences, considering the rich Jewish heritage that can be found in that ancient land. Before the Alhambra Decree, the Jews of the Iberian Peninsula played important roles in the courts of the disparate Iberian kingdoms, kingdoms that would later solidify into Portugal and Spain. Even during the 711 Muslim conquest, When the Umayyads took control of the Peninsula from the Visigoths, Jewish reliability and honor led to them being granted important positions of custodians and advisors, positions that the performed to the best of their ability. Although relations between Muslims and Jews in the Iberian Peninsula would fluctuate over the centuries, Jews continued serving the various kings and queens of Antiquity. In Lisbon, there once lived a great Jewish statesman, who advised kings and wrote extensive comments on the Bible. His name was Isaac Abravanel. 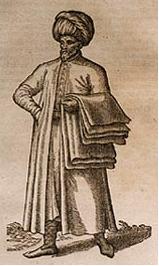 Abravanel was born in Lisbon, 1437, almost sixty years before the port city became infamous for its role in the expulsion of Jews from Portugal. Abravanel’s father Judah was the treasurer, an occupation that he would later follow in the service of King Alfonso V, whom he served faithfully until the latter’s death in 1481. Abravanel was forced to flee Portugal after the late king’s successor, King John II, accused him of treason and demanded his execution. He escaped to Spain and settled in Toledo, where he worked on his Biblical commentaries. In 1484, he began serving as the royal treasurer, collecting taxes and using his financial capacities to benefit the royalty of Castille, particularly in their campaign in Granada. When King Ferdinand and Queen Isabella, his former patrons, decided to expel the Jews of Spain, he pleaded for them to reconsider, even gathering a sizable amount of money to convince them not to scatter his people once more. They refused, and in 1492, he was forced to relinquish his position and flee with his brethren.

Abravanel and his family found refuge in Naples, where he served once again as a Tax collector for its king. In an interesting bookend, the last king that Abravanel served was also named Alfonso, whom he served while the king was in exile. He died in Venice, aged 71.

Isaac was an influential statesman, who used his financial capabilities to benefit the people he served under. He was also an extensive commentator of the Bible, providing insights on books like Joshua, Judges, and Deuteronomy. His philosophical views had an interesting relationship with that of his predecessor Maimonides, in that while he agreed on certain points, many of his views opposed that of Rambam, particularly in the latter’s rationalism in religion. He also wrote apologetics or defenses of religious doctrine. He wrote criticisms of Christianity while also defending the Messianic concept of Judaism.

Abravabel was a brilliant Jewish figure of antiquity, contributing both to the economic prosperity of material kingdoms and the analysis of transcendental truths. While he was spurned by many of the people that he used to serve, his influence will not be forgotten, especially not by the scholars and Jewish descendants whose ancestors came from the Iberian Peninsula. Join us on a Jewish travel cruise through the Douro region, where the legacy of people like Abravanel live on.