The Rabbi From Frankfurt

Many changes have rocked the world and the Jewish people. While this current pandemic is the latest in a number of world-shaking events, there have been other happenings in the past that have greatly changed the way the Jewish people have lived. From the success of the Maccabean Revolt to the Expulsion of the Spanish Jews in 1492, the highs and lows of our collective ancestors are manyfold.

Our previous kosher vacations made sure to explore such events when we touched down on the locales and cities where such history could be found. Amidst the many changes in history, there have been Jewish figures and movements that resisted influences that would have drastically altered tradition. Such was the case of the Maccabees, and such was the case of Moshe Sofer.

The Life of Chatam Sofer 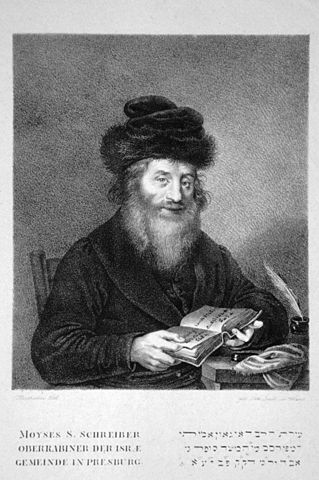 Moshe Sofer, also known as Moses Schreiber and later Chatam Sofer, which translates to “Sign of the Scribe, was born in Frankfurt in the year 1762. The late 18th Century was the advent of the Jewish Enlightenment, and as the changes swept across parts of Europe, certain Jewish groups would resist ideas of reform and change. Moshe Sofer would grow up in this era, rejecting the sweeping wave and sticking to tradition. He learned under Rabbi Nathan Adler, and would become a great rabbi himself. He established a yeshiva in Mattersdorf, before moving to Pressburg (now Bratislava) and establishing another yeshiva there.

In that time, he would write many responsa and was quite well-known for his influential rabbinical commentaries. He was widowed once, and the city that he lived in was plagued by fires that affected the Jewish community greatly. Nevertheless, he forged on and helped the people that lead recover. He died on the third of October, 1839.

A Legacy from Frankfurt and Beyond

Moshe Sofer’s staunch opposition to the reforms of his time inspired many other Orthodox rabbis and thinkers, who would continue his work long after he was gone. His loyalty to tradition gave him fascinating insights on the Talmud and Torah. He had a big impact on the Jewish culture of Europe and beyond.

Wherever you go visit kosher resorts in Europe in the future, make sure to spend time in-between your relaxation to explore the breadth and depth of the historical influence of the people in the past, such as Chatam Sofer.