Sephardic Jewish history did not end with the Alhambra Decree when King Ferdinand and Queen Isabella ordered the expulsion of the Jewish populace of Spain. Many became New Christians, or conversos, Jews who did not truly abandon their faith but practiced a hidden form of it away from Inquisitor’s eyes. Many others scattered to other cities and nations, such as Portugal (which sadly had its own expulsion of Sephardic Jews) and Amsterdam (where the Sephardic Jews had a relatively more accepting experience.) While the kosher tours accompanying our Douro Cruise for 2020 will focus on the enduring Sephardic Jewish legacy in Iberia, the impact of Sephardic innovation extends beyond the boundaries of that peninsula. The “chocolate capital of France”, for example, would not have earned its sweet credentials if not for the chocolate-making techniques of the Jews it once tried to stigmatize.

From Mexico to Spain to France

Chocolate has come a long while ever since cacao was exported from Mesoamerica by Spanish colonists. Originally a valued celebratory drink enjoyed by the ancient civilizations of the Aztecs, Mayans, and Olmecs, chocolate became the favored drink of the Spanish elite, adding milk and sugar to offset the draught’s bitterness. When the Sephardic Jews of Spain were banished, a few fled to Portugal, and when King Manuel enacted another expulsion not a decade afterward, a few more fled to France, specifically Bayonne in the district of Saint-Esprit. These conversos brought the secret of chocolate-making with them, paving the way for the spread of chocolate all over Europe.

These Jewish inhabitants of Saint-Esprit delved into the chocolate-making business, spreading knowledge on how to process cocoa into a tasty beverage. However, this generosity did little to prevent discrimination. Jewish merchants were barred from retail trading, and when French workers learned how to make chocolate themselves, the local chocolatier’s guild, via a municipal decree in 1725, prohibited the Jewish community from making and selling the very food that they helped popularize. Thankfully, the decree was annulled in 1767, and other restrictions on the Jewish community were gradually lessened over the centuries. 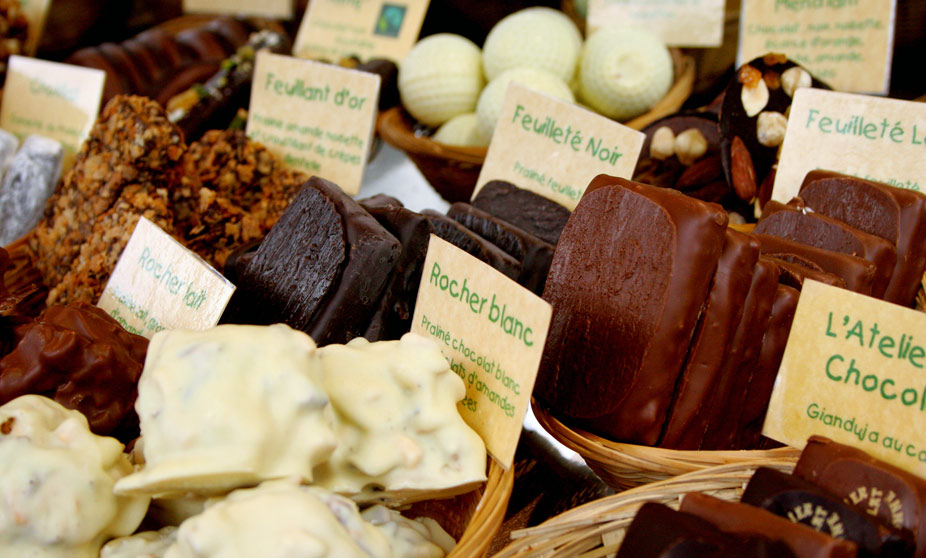 Bayonne today is known as the Chocolate Capital of France, with an annual Chocolate festival celebrating 500 years of sweetness. The city in the modern-day recognizes the faults done to its Jewish community and seeks to give the enterprising Jewish chocolatiers of centuries past the recognition that they deserve. While enjoying your own Glatt Kosher vacations in France, be sure to savor a bite of Bayonne chocolate, and remember the legacy of the Jews that helped make it popular.