The Hollandse Synagogue of Antwerp 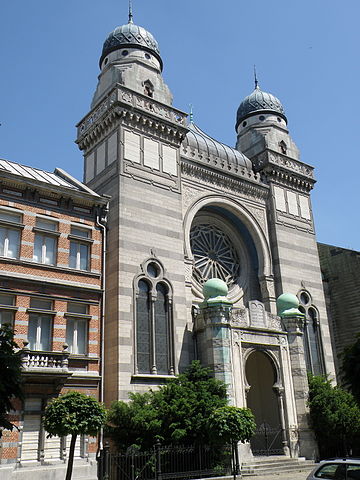 The nations of Amsterdam and Belgium are rich in Jewish history, to the point that they would be great destinations for future kosher cruises. The City of Antwerp was once considered to be the last shtetl in Europe, owing to its large Jewish population and the numerous synagogues within. One of these synagogues is known as the Hollandse Synagogue, also known as the Dutch synagogue.

History of the Synagogue

Records showed that there was already a Jewish presence in the region that would become Antwerp, way back since the end of the Roman era. A good number of these records, however, also showed that antisemetic measures were implemented to persecute them. However, around the 15th-16th centuries, a large surge of Sephardic Jews began to populate the region, due to the expulsions in Iberia that lead to the scattering of Iberia-born Jews across other parts of Europe.

Despite experiencing some persecution, these Iberia-born Jews would contribute greatly to Antwerp’s diamond industry, boosting the commerce of the city. Around the 17-18th Centuries, Ashkenazi Jews would also settle in Antwerp, fleeing persecution elsewhere and finding relative peace in the region. It was in the 19th Century that the Dutch synagogue would be built, designed by Joseph Hertogs in the Moorish Revivalist style, a structure that would be considered the first large synagogue of Antwerp. It was called the Hollandse/Dutch Synagogue because it was established by Jews who were descended from those who emigrated from the nearby Netherlands. Like many Jewish structures, it sustained damage during World War II, but was thankfully restored and returned to its beauty.

An Enduring Reminder of History

Throughout the centuries, Jewish communities have faced issues regarding their place in the various societies that they lived in. There were always struggles to adapt and gain citizenship, but more often than not, these communities endured. The establishment of a synagogue is often an indicator of a community that has firmly settled itself, an enduring reminder that despite the odds, they made it.

On our future Glatt kosher cruises through Holland and Belgium, let’s not forget the history of the Hollandse Synagogue, and how such a magnificent structure came to be.