The city of New Orleans in Louisiana, USA has one of the most colourful and complex cultures in the country. It is a mix of French, American, African, Caribbean, and many more. It’s not surprising to see that there is a lively Jewish community in this city, which we can visit after our kosher riverboat cruise on the Mississippi River. 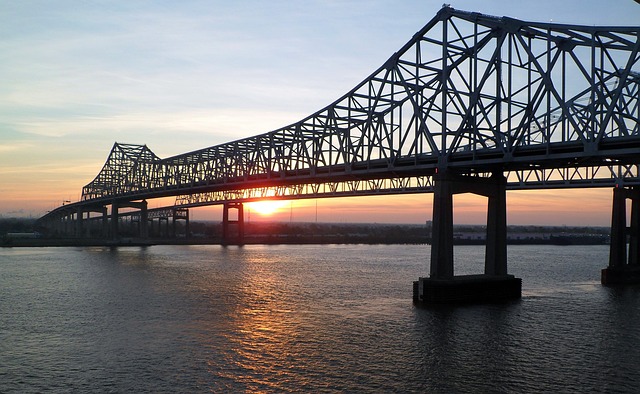 But how did the New Orleans Jewish community come to be? Let us give you a little history lesson. But if you are interested in learning their heritage and in a more in-depth and enjoyable way, then join our elegant Jewish tours to the towns and sites in Louisiana with Kosher River Cruise!

We know that throughout European history, the Jews have faced plenty of intolerance in the countries they lived in. If you joined us on our kosher cruises in France, you’ll know that the beautiful nation is no exception.

In 1685, there was a decree by King Louis XIV called the Code Noire, in which one of the mandates was that the Jews were forbidden from residing in French territories. At the time, this included Louisiana. But like in many other remote colonies at the time, the people were more concerned with trading than they were with following the orders of a king that was an ocean away from them. Majority of Jews engaged in trade and were operating in Dutch colonies. Hence, the edict was never strictly enforced.

The earliest known Jew to settle in New Orleans was a Dutch Jew named Isaac Monsanto, back in 1757. He was accompanied by Manuel de Britto, a fellow Jew, and together they established a successful trading business. Their enterprise was further developed when six of Isaac’s siblings joined him in New Orleans.

When part of the Mississippi—including New Orleans—was ceded to the Spanish by the French in 1769, one of the first things that the new colonial governor did was expel the small but growing community of Jews there. This included Monsanto, who moved to Florida and tried to build their enterprise again. They were eventually allowed back to New Orleans, although they would never regain their former prosperity.

The Jews during this period had not made any effort of establishing an official community, much less a synagogue. Yes, there were Jews who lived in New Orleans, but most of them were focused on business, not on faith. But this would change later on—after all, we are hosting Jewish trips there, aren’t we?

It was not until the 1800s that the Jewish community began to take shape, though it was very small at first. In 1815, there were 15 Jews in New Orleans, which grew to 25 by 1822. However, there was still no congregation. When the New Yorker Jewish businessman Jacob Solis visited in 1827, he was dismayed at the state of the 33 Jews that now lived there. He could not even find matzo in the city for Pesach! How different it is today, where kosher restaurants and community centers are easily found in New Orleans. Of course, if you need assistance finding them, our kosher touring services will happily help you out.

Jacob Solis helped organize their first congregation, the Shaarai Chesed, in December 1827. Only three members were married to fellow Jews, while the others had wed Gentiles. Even the first leader of the group, Manis Jacobs, had a Catholic for a second wife (as his first, a Jew, had died). This was due to the severe lack of Jewish women in their small population. As a compromise, non-Jewish spouses were permitted burial in their Jewish cemeteries, while their children could join the congregation.

Despite the many instances of intermarriage, the instances of anyone converting to Christianity was extremely few and far in between. But when the community began to grow faster in the 1830s, men who married outside the Jewish faith were no longer allowed membership in the congregation.

The Jewish population of New Orleans would continue to grow in size and wealth throughout the 19th century, which we will discuss further in Part 2 (see here: The History of New Orleans’ Jews (Part 2: 19th Century Growth)). But a simple lesson is not enough to truly get to know New Orleans, so a kosher tour there in person with us is definitely a must, wouldn’t you agree?