The History of European Jews in the Middle Ages (Part 2)

The Church reserved the right to Christian religious missions among the Jewish population. Many anti-Jewish measures (isolation in ghettos, exclusion from jobs, distinguishing garments) were adopted by the church at the Fourth Lateran Council (a Church Assembly) in 1215.

In the 13th century, Jews were proclaimed servants of the Royal Chamber and became a direct property of the king, for which they had to pay very high taxes. However, this proclamation meant Jewish communities were protected by the King in a same way his realms or real estate was. 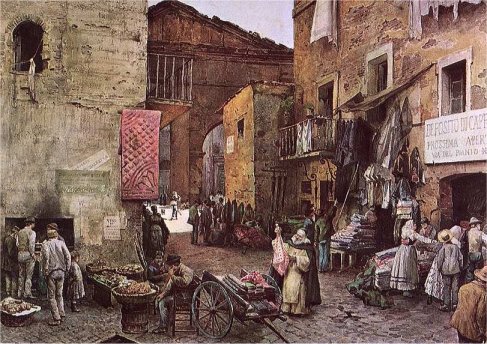 Jews became a permanent source of revenue to the royalty. In return, the Royal Power committed to provide protection in case of threats, like pogroms in the rise of anti-Jewish moods. But this protection, nonetheless, was often ineffective.

The special status of the Jews in society strengthened both religiously and economically motivated anti-Jewish moods. There were many anti-Jewish superstitions among the subjects of the people, for example: The Jews desecrate the hosts to “rephase Christ”, ritually murder to obtain Christian blood, spreading illness, poisoning wells, etc.

The “invasion” was also said to have been caused by the usury, which was the only possible source of livelihood for Jews, since the Christians were forbidden to do so by the Church. In the periods of crusades, especially in the case of the weakening of the royal power, hatred and dissatisfaction turned against the Jews and often resulted in a pogrom.

For the Jews, a special way of livelihood was the money-lending business, often described as usury. This activity, morally disregarded by the Christians, was necessary, but the Church considered it incompatible with the ideas of Christianity. For this reason Jews, as non-Christians, were destined to do usury.

Money lending was the only activity they could to operate among the Christian population. In the Middle Ages, the Jews were significant to the creditors of the sovereigns and financially covered the actions necessary for the exercise of the ruler’s power. Besides that, the Jews were granted an uncertain (and often not respected) promise of protection and an inner self-government in the ghettos by the ruler, which further led to incredibly high taxes (ie. “Schutzgeld”).

From the 12th century (III .and IV. Lateran Councils – 1179, 1215), coexistence was explicitly prohibited between Christians and Jews. The consequence of this ban was separation (“ghettoization”) of Jewish of the population in special streets and neighborhoods which we now call ghettos (this word has been used since the 16th Century from Italian “il Geto Nuovo” – “The New Foundry” in Venice). 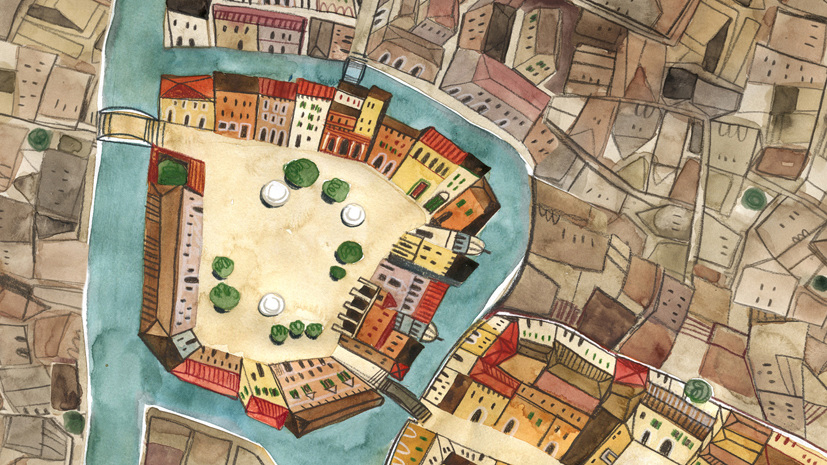 Physical insulation has been reinforced by a number of other regulations and prohibitions: The Jews had to wear a distinctive sign on their garment: the typical “Jewish hat” (“der Judenhut”) and either a yellow, red or white circle of cloth on their clothes, depending on time and place. Jews were excluded from crafts, were not allowed to own or cultivate land, could not dwell in public places overnight, eat in pubs, etc. Despite being shortened with almost all rights, the Jews remained property sovereign but fierce anti-Semitism, often turning into oppression and violence, made Jews migrate very often.

The first to abolish these restrictions on Jews in continental Europe was the Holy Roman Emperor Joseph II of Austria in 1781, followed by Friedrich the Great in Prussia and Napoleon Bonaparte in France. In most countries of Europe, however, Jews only got full civic equality in the modern sense in the middle of the 19th Century only. But in some countries (ie. in Tzarist Russia), it took almost another full century!

Isn’t the history of the Jews in Europe so colourful? It is marked by many ups and downs, which we will learn in more detail if you join Kosher River Cruise in our luxury kosher cruises in the majestic rivers of Europe. It will be a Jewish vacation that you will never forget!

Feel free to visit us at www.kosherrivercruise.com

(For Part 1 of the History of the Medieval Jews of Europe, head here.)