Many people are aware of the history that has been passed on to them, but few really know the hidden histories of their heritage. Our Jewish history is just as compelling and fascinating as any other major culture’s. Let’s learn about the buried amulet that was discovered by archaeologists from The Institute of Prehistory and Early History of the University of Vienna in 2006. 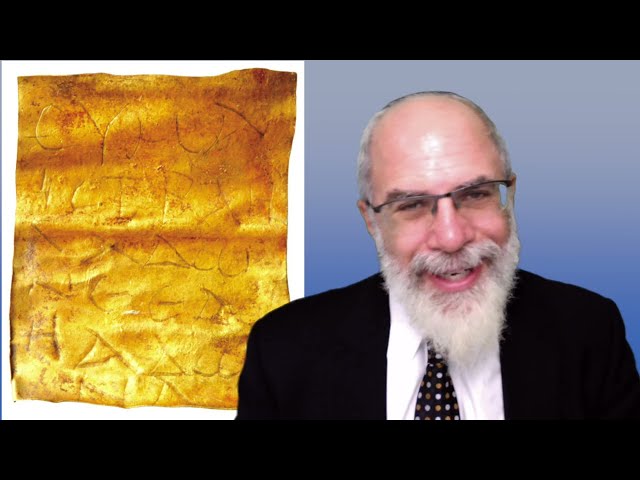 If you’re interested in learning more about your history and heritage, consider joining our kosher Europe tours so you won’t just be seeing sights and landscapes, you’ll be able to collect new experiences and learnings as well. There’s no better vacation than kosher touring with us, we hope to see you soon!

It is known that Jews have been inhabiting different parts of the world in ancient times and archaeologists have actually found a piece of physical evidence in a town with such a small population. The discovery of the Amulet shows how the Jewish faith existed in Austria since the Roman Empire. Scholars suggest that Jews reached this Austrian town since it was believed that in the past, a large number of Jews were taken to the Italian Peninsula after the Bar Kokhba rebellion to be sold as slaves. At the same time, there was already a small community of Jews in Italy that might have moved to Austria after gaining citizenship in Italy. The second Roman-Jewish war also pushed more of the Judean population to leave Israel and migrate to different regions.

Discovery of A Jewish Amulet

The Halbturn Amulet was found at a child’s grave in a Roman graveyard that was used back in the 2nd-5th century. It was assumed that the child, at least 11 months old, wore the amulet around their neck and it supposedly served as a protection from evil. The amulet had an inscription of The Shema Prayer that was oddly written in Greek. What’s more interesting are the questions that arose after discovering this amulet, the reason for the child being buried in a mass grave with non-Jews is still unknown. A lot of other non-Jewish artifacts were also uncovered near the site that is why there’s a bit of confusion as to the context or story of how the child’s corpse ended up in a seemingly communal graveyard.