The 10th Judafest Street Festival awaits festival-goers with free gigs, a kid’s court, traditional Jewish and Israeli food and drink specialties and an all-day street fair in the historic Jewish Quarter in Budapest this coming June 9 to 11, according to a press release sent to the Kosher River Cruise. Budapest’s 7th District’s Kazinczy street has always been the heart of what is today considered one of Europe’s must-see urban attractions. It has an unmatched atmosphere filled with living Jewish and multicultural traditions dating back several hundred years, the organizers of the festival say. The area, also called Elisabethtown (Erzsébetváros) is an exciting mixture of historic buildings and hipster bars, combining memories of the past with the latest trends in the heart of Budapest. It has become home of world famous ruin bars or ruin pubs, a genre that is uniquely Hungarian. The quarter, until World War II, was home to a flourishing Jewish community with many small enterprises like shops, restaurants, workshops here, after a long period of storm and stress is reviving in the recent years. It transformed into the party district of Budapest. There is a mix of new-wave design stores, art galleries, community centers, restaurants and street food places. The district is part of UNESCO World Heritage sites of Budapest. Celebrating its 10th anniversary, this years’ Judafest is extended to a three-day event from Friday to Sunday. On Friday, June 9, visitors will get the chance to attend Jewish liturgies, while Saturday, the Jewish Shabbat, features a series of exciting city walks discovering the hidden corners of the old Jewish Quarter of Budapest. One of the most iconic landmarks of Budapest is the Great Synagogue of Dohány Street. With its characteristic onion-shaped domes with gilded ornaments, the building, containing also a Jewish Museum, resembles a Moorish building. This was the first synagogue to be built in such a style and many synagogues later designed around the world followed suit. The Dohany Street Synagogue is the largest synagogue in Europe and the third largest in the world. On Sunday, June 11, the festival will fill Kazinczy street with live performances, concerts and a vivid street fair, including traditional klezmer, Israeli dancing or the new genre called Jaewz, a blend of jazz and traditional Jewish influence. Visitors will also have the opportunity to explore flavorful authentic Jewish dishes and a collection of craft art, while children will be offered several activities throughout the day. 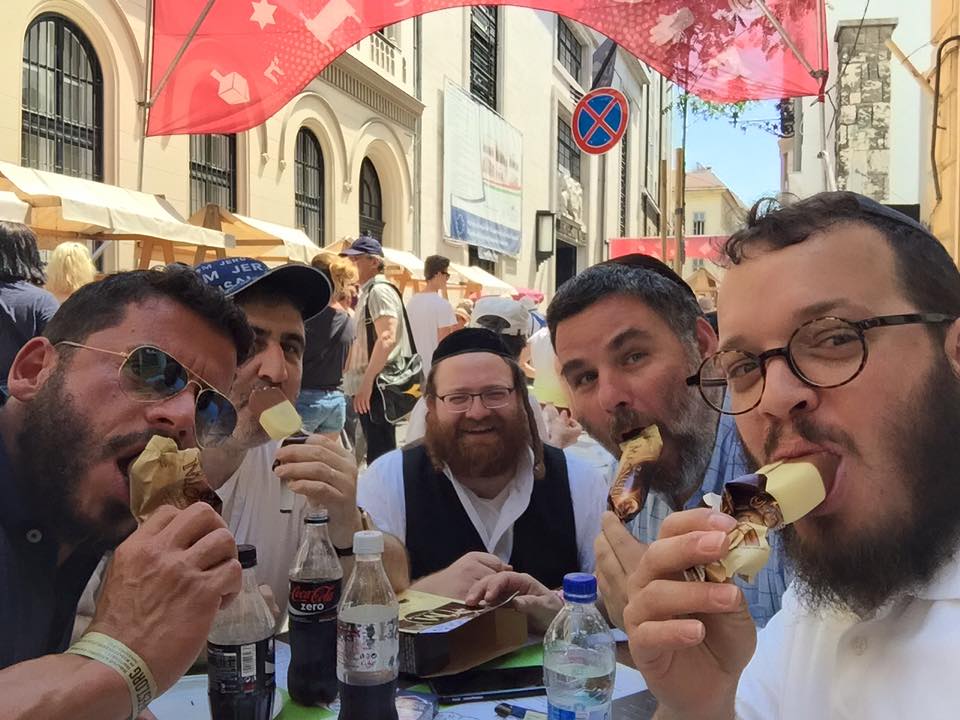 Welcoming EUNIC, the network of European National Cultural Institutes, Judafest will host Europe as guest of honour, symbolizing the need and aim for continuous dialogue in today’s diverse world. “The Judafest Street Festival, a truly multicultural event, traditionally attracts both local and foreign visitors, giving them a chance to meet old friends and new people,” says Schwab Esztér, one of the organizers. For travellers who will be on a kosher tour in Hungary or a Jewish cruise along the Danube during this season, the Judafest is a perfect opportunity to experience the culture of Jewish Hungary.