Travel is always a great way to discover something new, be it about yourself or the place that you’re going to. Our kosher cruises, aside from providing luxurious, 5-star riverboat experiences complete with delicious onboard Glatt Kosher cuisine, provide enriching land tours that explore the great history of our travel destinations. Portugal is a place brimming with Jewish history, a legacy that was almost swept away by centuries of Inquisitorial pressure and religious persecution. Our Kosher Douro River Cruise will explore the Sephardic Jewish legacy to be found in the Iberian Peninsula, traveling along the Douro Valley’s calm waterway and visiting the various towns and locales where the Iberian Jews lived. Belmonte, in particular, is a place of note, considering the unique Jewish legacy that was “re-discovered” by Samuel Schwarz.

The Engineer from Poland 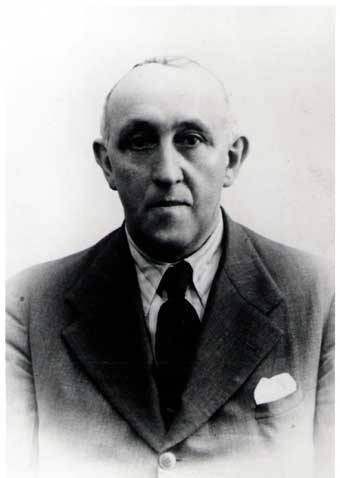 Samuel Schwarz was Polish Jew, born in 1880 and died in 1953. He worked as an engineer, working in oil fields and coal, tin and gold mines across various European countries. Together with his wife, he settled in Lisbon, in 1915, where he continued to work as an engineer, traveling various mines within Portugal’s regions. In 1917, while away from home working, he heard about an interesting group of people living in Belmonte, a close-knit community whose practices seemed like variations of traditional Jewish rituals and prayers. At first, when he approached these conversos, they did not trust him, even as he proclaimed himself a fellow Jew. Only when he recited the Sh’ma prayer did they believe him, and that when he knew that he re-discovered the Crypto-Jews of Portugal.

The community in Belmonte, Schwarz learned, was descended from Jews that were forcibly converted to Christianity in the 15th Century. These Crypto-Jews (so-called because their Jewry was hidden from the prying eyes of Inquisitors) preserved their Jewish traditions, albeit in Portuguese with certain cultural permutations. Many more Crypto-Jews also lived and practiced their faith in other parts of Portugal, such as in Porto. Schwarz published his findings in the book New Christians in Portugal in the 20th Century, which formally brought this hidden Jewish legacy in Portugal into the light of the modern-day.

Today, these Crypto-Jews in Belmonte live without the fear of Inquisitors, and Schwarz’s legacy lives on in the Tomar Synagogue, converting the neglected building into a museum dedicated to Portuguese Jewish heritage. When going on Kosher Europe Tours, be sure to visit Belmonte and the Jewish community therein, along with the Tomar Synagogue.