To have a grasp of just how influential the Jews have been in Spain, let us take a look at one of their important centers in the country, Toledo. This is one destination you should not miss if you want to go on the best Jewish vacation to Spain with KRC!

The City of Toledo

Toledo is a city in Castile-La Mancha in central Spain. It lies on a cliff high above the fold of the Tajo River and is the main city of Castile-La Mancha and the province of Toledo. At present, there are over 83,000 inhabitants. It is a city with a rich history and is the seat of the University and Archbishopric. The Old Town is also a UNESCO World Heritage Site. 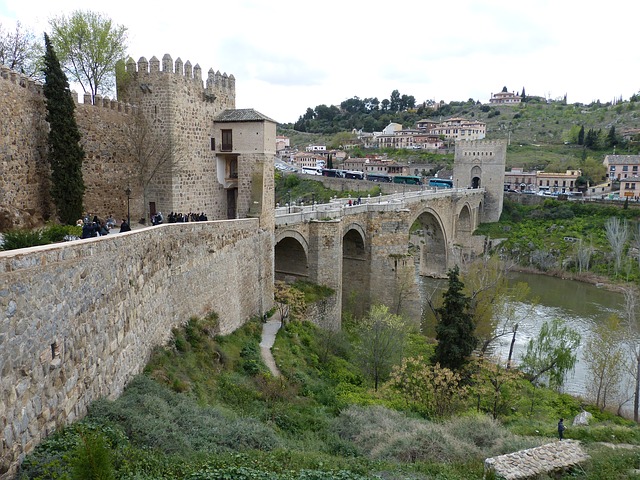 Until the expulsion of the Jews from Spain in 1492, Toledo was one of the main centers of Sefardic Jewry on the Iberian Peninsula.

A number of Celto-Iberic castles and remains of city walls were discovered in the past in and around the city. In 192 BCE, the Romans conquered the territory and founded the town which they named Toletum. The town prospered thanks to the extraction of iron ore. Rich patrician villas and a preserved water aquaduct were uncovered in archeologial excavations.

With the continuous decline of the Roman Empire and weakening of its influence in the 5th century, the town finally fell into the hands of conquering Visigothic tribes. Between the years 531 and 711, Toledo became the capital of the christianized Vizigoth Empire and eventually it became the seat of the Archbishop.

In the years 400-702 there were 19 ecclesial councils in Toledo. In 712 the town was conquered by the Muslim Moors. During the reign of the Córdoba Caliphate, the Toledo was called Tulatula and thrived. In 1085 the town was conquered once more, this time by Alfonso VI of Castile. The city became a residence of the Kings of Castile until 1561, when King Philip II finally moved the royal seat to Madrid. 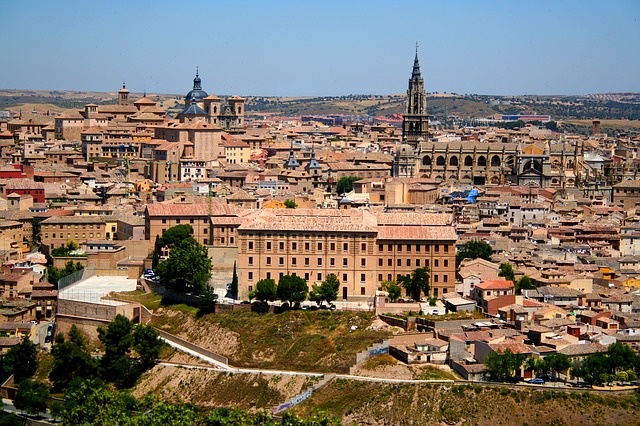 Since Roman times, iron ore has been mined in Toledo, producing world renown weapons. The production of the Toledo swords reached its peak in the Moorish period and in the late Middle Ages. Since the early Middle Ages, there have been various cultures and languages, blending elements of Christian, Jewish and Arabic culture. Since the 12th century Toledo has become the center of translating Arabic and ancient Greek – as well as Hebrew – authors into Latin (Gerard of Cremona and others). In 1577-1614, the painter El Greco lived and worked here. The city lost its significance and gradually declined in the late 16th century.

During the Spanish Civil War, the city became the scene of fierce fighting between the Republicans and the Franks. The Frankish insurgents eventually ended up in Alcázar, where they were held back for seventy days until the arrival of General Franco’s units.