We will continue our virtual kosher tour around in Northern Italy by moving west of Venice, towards the city of Padua.

Padua is an ancient city on the Bacchiglione River, 40 kilometres west of Venice and 29 km southeast of Vicenza. It hosts the University of Padua which was founded in 1222 and is where Galileo Galilei was a lecturer. The city is picturesque, with a dense network of arcaded streets opening into large communal piazze. Many bridges cross the various branches of the Bacchiglione, which once surrounded the ancient walls like a moat. Padua is the setting for most of the action in Shakespeare’s The Taming of the Shrew. 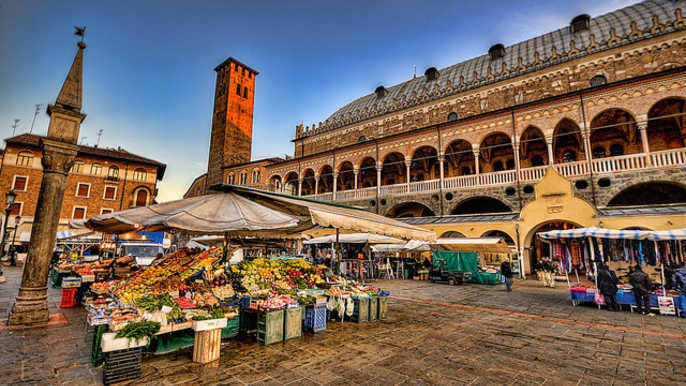 The Jewish community of Padova belongs to one of the oldest in Italy. Museo della Padova Ebraica (Museum of Jewish Padova) is sited in the former “German” synagogue, Sinagoga Tedesca. This was used by the Ashkenazic community and was inaugurated in 1525 in the heart of the Jewish quarter in the city’s historic center.

Other sites of Jewish heritage in the city include a 16th century Italian rite synagogue, which is still used by the small, 170-member community, and a Jewish cemetery dating from the 16th century — and the oldest of the five Jewish cemeteries in the city. The limited number of Jews in the city make it challenging, though not impossible for Jewish vacations.

Be sure to plan well ahead – or consulting your kosher travel plans with us at Kosher River Cruise!

The City of Verona

On our kosher tour through Northern Italy, our next travel stop will be the famous city of Romeo and Juliet – Verona. Verona is an old and famous city on the Adige river. It is one of the main tourist destinations in northern Italy, owing to its artistic heritage, several annual fairs, shows, and operas such as the lyrical season in the Arena, the ancient amphitheater built by the Romans.

Two of Shakespeare’s plays are set in Verona: Romeo and Juliet and The Two Gentlemen of Verona. It is unknown if Shakespeare ever visited Verona or Italy at all, but his plays have lured many visitors to Verona and surrounding cities. The city has been awarded World Heritage Site status by UNESCO because of its urban structure and architecture. Due to its fame and established Jewish facilities, kosher travel in this city will be pure enjoyment.

The Jewish Heritage of Verona

Verona has many important Jewish landmarks. The first stop on your trip has to be the city’s former ghetto, whose main street is Via Portici. In 1638 the Corte Spagnole was a narrow alley for the Sephardic Jews. The streets here have kept their original appearance and you will notice the buildings have arcades and projecting roofs. 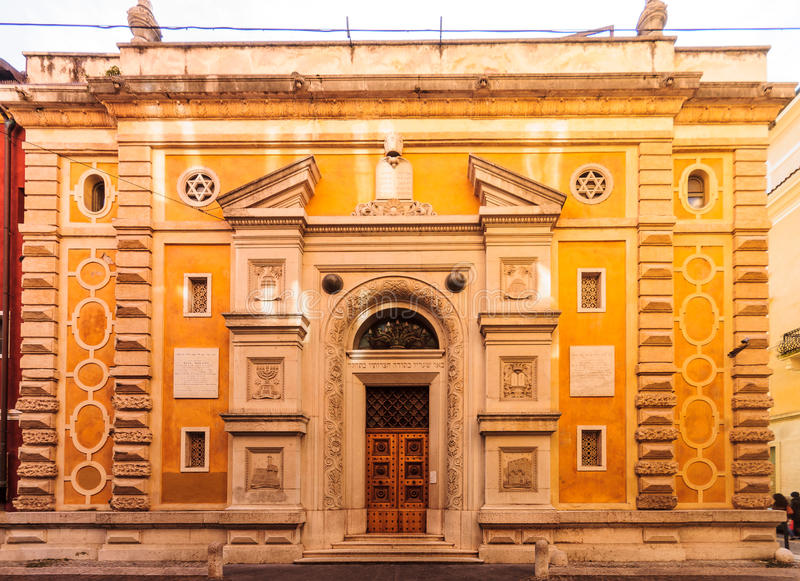 At the heart of the ghetto is the German rites synagogue, which was opened in 1864. The present entrance is at no. 3 Via Portici. The complicated façade with its three vertical parts and false towers as well as the portal with its pillars full of images of Jewish symbols are a museum piece by themselves, making your kosher travel a trully special experience! The prayer room is furnished with oriental-like decorations, lush details and inlaid stonework and the wall with the holy ark is particularly beautiful. Of note is the richly decorated vaulted ceiling.

Verona’s Jewish cemetery, located at Via Antonio Badile, dates back to 1855 replacing two earlier burial sites, the first of which dated from Middle Ages.

In 1600, the Jews of Verona were probably the only Jews on the peninsula to actually celebrate the establishment of a ghetto, after the long and arduous negotiations about how to distribute the dwellings and shops. Jews here lived for 100 years under Venetian rule when the ghetto was established and they were finally granted permission to stay and settle in the city. The first Jews here were German rites Jews followed in 1638 by Sephardim Jews from Venice and Marranos from Spain in 1655.

In 1675 the two groups came together to build a synagogue and join their rites. At that time, 900 people lived in the quarter. In 1797 the doors of the ghetto were taken down by the French and later put up again during restoration of the monarchy and the return to Austrian rule. In 1864 the community numbered 1400 members and opened the synagogue which is still in use. In 1866 Jews gained emancipation through the annexation of the Veneto to the Kingdom of Italy.

Nowadays, Verona has a small but vibrant Jewish community, proud of its both Jewish past and presence, and must not be omitted by anyone who wants to go on a kosher tour in Italy.

Want to discover more with us? Then join us on an unforgettable kosher riverboat cruise in 2019 through Northern Italy! We will visit all those and more gems of the region, taking kosher cruises and travel to unprecedented new heights!