Mysterious, magical, cursed or hellish. There are many names that describe this curious castle. Although not one of the largest or the most beautiful castles in the Czech Republic, with no huge parks nor the oldest chapels, Houska has become a favorite destination for many adventurers and travellers alike. We can visit this location during our kosher tours with Kosher River Cruise to the gems of Central Europe!

Houska is an early Gothic castle located in the eastern part of the Kokořín Forest, 47 km north of Prague and about 15 km from Bezděz, another ancient iconic castle of Central Europe. The building looms over the cadastral area of Blatce, Houska‘s village. Houska was built by Přemysl Otakar II as a remarkable royal castle, but was soon sold to a noble family, which continued to own in until after WWI 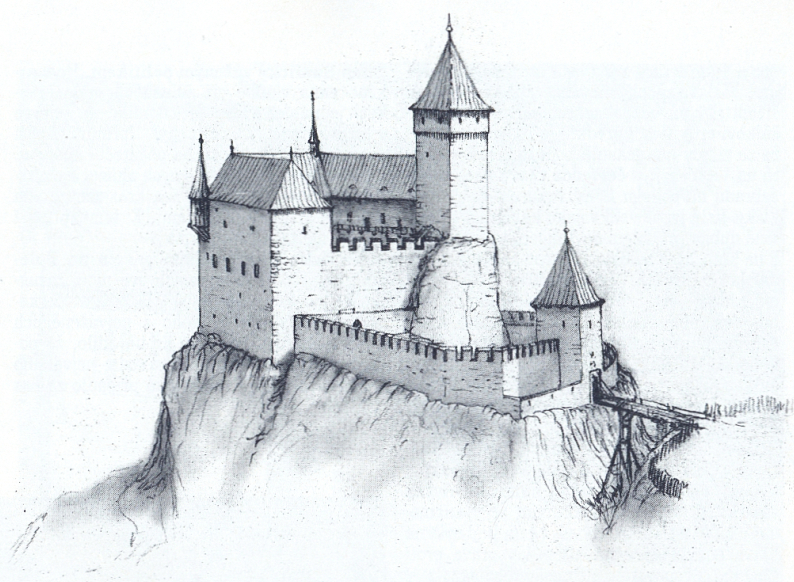 Houska belongs to the best preserved castles of early 13th century in Bohemia and the rule of the “Golden and Iron King“ Přemysl Otakar II. Houska means “bun“ in the Czech language, but the name is believed to be derived from the name of the first noble land lord – the Lord of Houska.

One peculiar feature is the rock that penetrates the whole castle. In fact, the castle was built around it. You can see the parts of the rock both outdoors in the courtyard and inside, like in the hunting hall for instance. The entire courtyard is endowed with amazing acoustics and has made Houska a popular venue for various concerts.

The Myths Of Houska

There are many legends about the castle and its surroundings.

The most popular one is that Houska was built to serve as a protection against a crack on the rock, where there was supossed to be an opening to hell. It is allegedly guarded by a horrible black monk without a face.

The most well-known story stemming from this legend is that of the convict. When the crack opened in the rock, the inhabitants of the castle wanted to know how hell looked like. One day, they decided to find out and offered a pardon to a prisoner sentenced for gallows. He would be tied to a rope and sent down. If he told them what he saw, he would be let free. 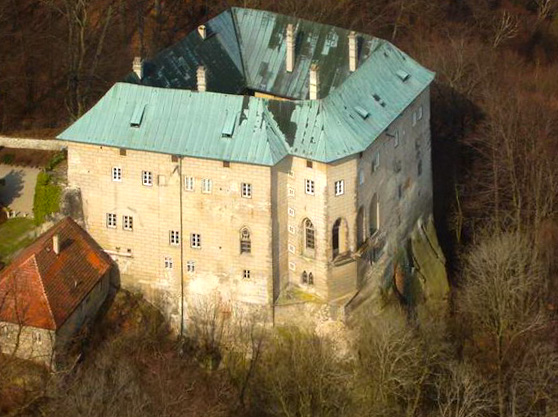 The convict agreed. They dropped him into the ditch and after a few minutes, they heard a desperate cry. They immediately pulled him out and could not believe their eyes. The convict was gray and had aged decades. He did not want to talk about hell or what he saw, and died in madness in a few days.

People were afraid, so they tried to fill the hole to no avail since it seemed bottomless. So, finally, they built a chapel in its place to prevent the swarming of devils. There was much controversy over where the gateway to the other world actually is. Some look for it in the chapel, others in the castle well. We will never know the truth.

The Truths of Houska

On the other hand, the real historical facts are these. It was founded in the beginning of Přemysl Otakar II’s reign. It is also possible that Hynek Berka of Dubá, with the permission of the king, started the castle construction. It is supposed to have played the role of the administrative center before the founding of nearby Bezděz Castle. However, the shape of the two castles is so similar that contemporary foundations could not be excluded. Both castles were created as the work of the same building industry.

In the written sources, the castle was mentioned only in 1316 as the property of Hynek of Dubé (probably son of the same founder), later called Hynek Berka of Houska. At the end of the 15th or the beginning of the 16th century a powerful external fortification came with the development of gunpowder. The castle was judged as impregnable even after the Thirty Years’ War. 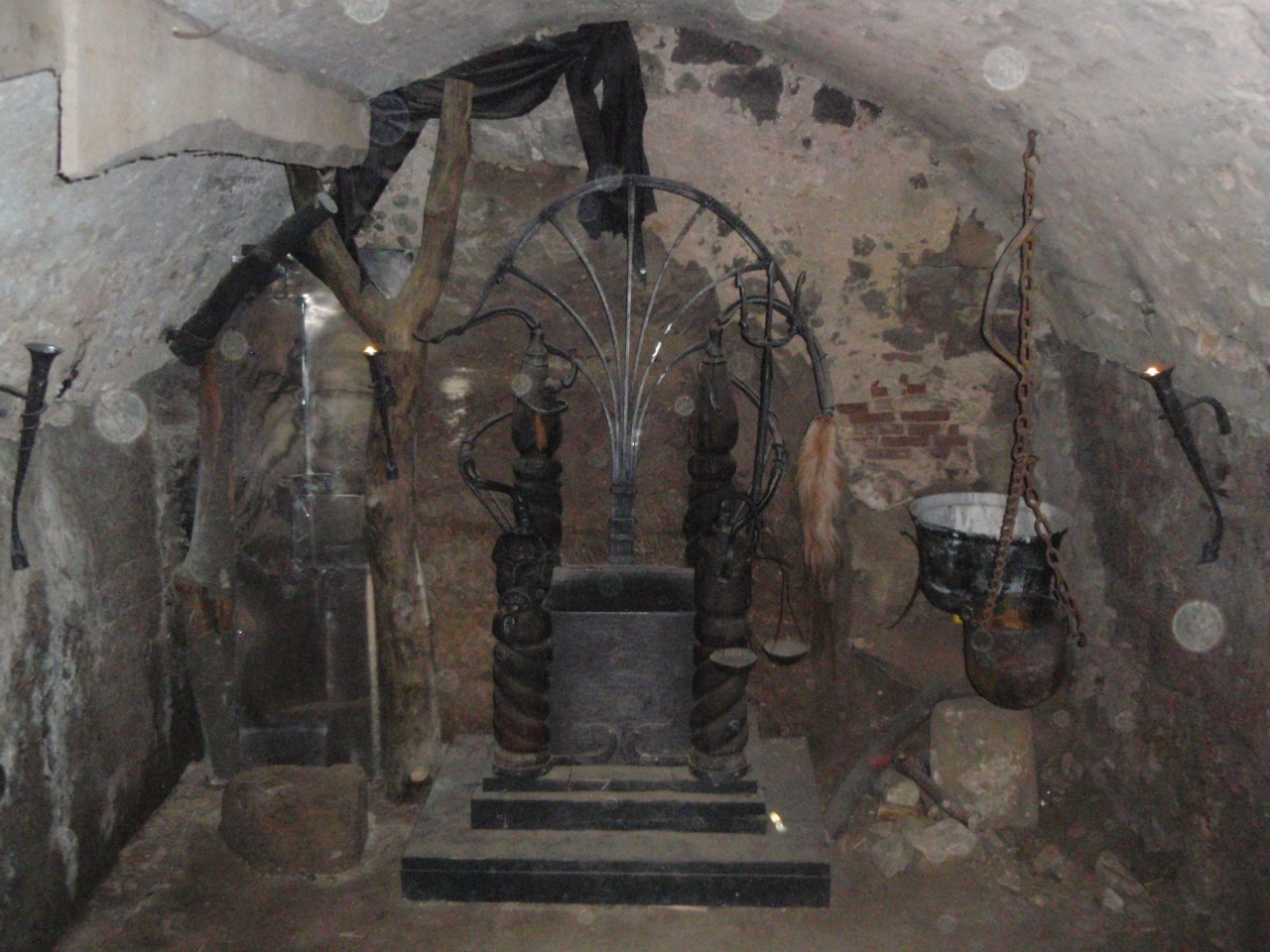 n the years 1584-1590, the core of the castle was rebuilt by Hrzáni from Harasov into a Renaissance chateau, with an entirely new entrance wing added. During the Thirty Years’ War, Houska was controlled by the Swedish army. The Swedes, in order to feed themselves, plundered property and raped, which deplored the Melnik burghers. They wrote a 100 gold reward for the slaughter of the Swedish commander called Oront. Two local huntsmen later volunteered and killed him.

Interested in learning more about Houska? Then let us move on to Part 2: The “Hellish“ Houska Castle!