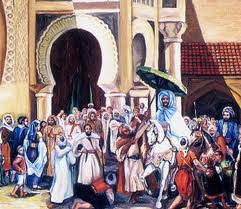 The Jews of Spain created a strong community during the Middle Ages on the Pyrenean Peninsula, which mediated the commercial and cultural links between Islam and Christianity. The “Golden Age of the Sephardes” (ie the Spanish Jews, which in the 15th century was about 200,000 and for which the typical Ladino language is) was ended by their expulsion in 1492. Over the next centuries, some Jews returned to Spain, but the Sephardic community has never reached its old glory. At present, approximately 12,000 Jews live in Spain. The Sephardic Jewish heritage is becoming one of the most popular tours for kosher travel.

The Jewish presence in Spain – known as Sefarad (from a biblical misusage of the word) – can be traced back to as early as 300 CE. However, the so-called Golden Age of the Spanish Jewry is considered to be between 8th and 12th Century . With the reconquista and final Christian triumph and expulsioun of Jews in 1492, the medieval period of Jews in Spain comes to an end.

According to the legend, the first Jews came to Hispania after the destruction of the first Jerusalem Temple (586 BCE). Rather than destroying the Temple, however, the arrival of the Jews on the territory of today’s Spain was associated with business – small groups of Jews were present in many Phoenician, Greek or Roman business settlements. Historically, however, the presence of Jews on the Iberian peninsula is only documented in the 3rd century CE from Hebrew tombstones.

Because of their business, the Jews came to a different position from the original population – they were rich and independent. The distance to the Iberians was caused by a different social status, and then by the envy of settled inhabitants, which was further deepened by religious differences. Following the promotion of Christianity in the Roman Empire and the Council of Nicaea (325), where Jews were proclaimed “Jesus’ murderers,” the Jews were subjected to restrictions that could not, for example, build new synagogues.

At the beginning of the 8th century, however, the Christian rulers lost control of most of Iberia’s territory as a result of the Muslim invasion of 711, and retained the government only in its northern part. The Jewish living conditions have changed so fundamentally – the attitude of Muslims towards the Jews was much more tolerant than the attitude of Christians, and even the differences of opinion between Jews and Muslims were not as great as between Jews and Christians. 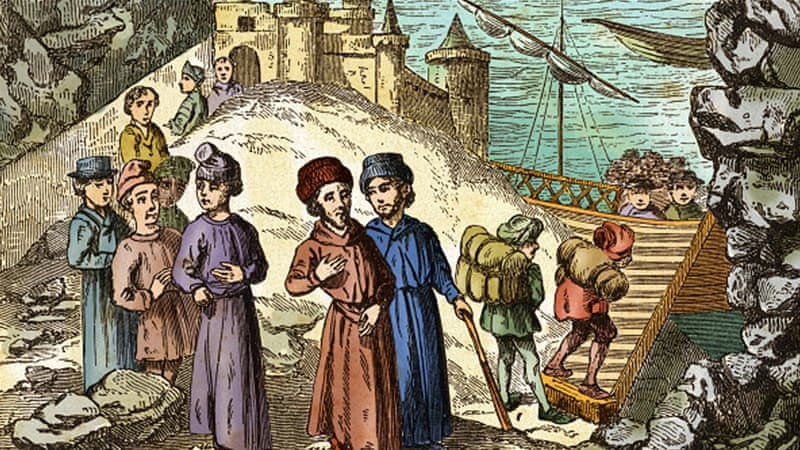 In the territory of Al-Andalus (ie Muslim Spain), Jewish emigrants started to return to exile, and in addition Jews from already Muslim countries started coming into Al-Andalus in great numbers, too. However, the newly arrived Jews did not interrupt their original contacts, but, on the contrary, these contacts helped them to develop their business activity. The influx of Jewish inhabitants was so great that in some cities the Jews formed almost the majority of the population, and Granada was even called the “Jewish City.”

Thrilled to learn more about Jews of the Sepharad? Thinking of joining us for a kosher cruise? Read more in Part Two.