There are many notable figures in History. We enjoy sharing knowledge about people of the past, especially during our Kosher Riverboat cruises. Learning about them gives them life. They are the legends and heroes who helped shape traditions and societies. Although, most of these heroes and legends are male. Jewish women in history are rarely highlighted, but we are going to talk about them and how they have made their name known to the world. You can learn more about Jewish history and heritage aboard our Kosher cruise, so be sure to book your next trip soon!

Ever since biblical times, women had their specific roles and duties. It wasn’t common for them to practice professions similar to men, especially in science or religion. In more recent times, women everywhere were free to practice whichever profession they chose, however, it came with prejudice. Gertrude Elion was a talented and intelligent chemist who’s work on drugs saved many lives. She revolutionized how drugs were developed. Several drugs such as the first ever chemotherapy for childhood leukemia, immunosuppressants that made organ transplantation possible, the first effective antiviral medication, and treatments for other diseases such as lupus, hepatitis, arthritis, and gout. She worked tirelessly to ensure the enhancement of medicine regardless of their doubt on her ability as a woman. Her accomplishments throughout her career shine through the prejudice.

The star of Yiddish theater and film, Molly Picon, was an iconic actress who boasted Jewish culture through her art. Molly’s attractive personality was seen through her performance and theatrics. It helped bring Yiddish culture into the public eye, especially during a time of oppression. The spread of Yiddish cinema in mainstream culture allowed audiences to acknowledge their oppressed past and appreciate their Jewish identity. The legacy of Molly Picon lives on through her films and art. 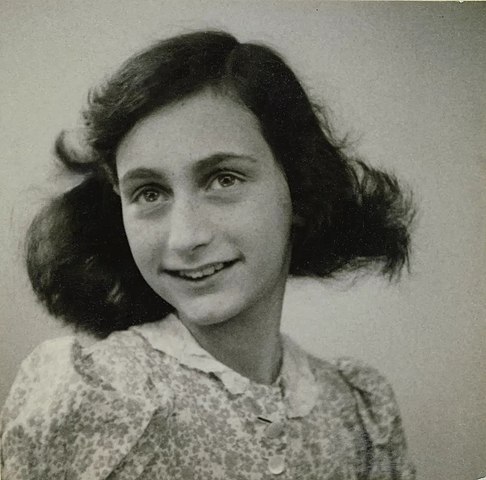 Frank in May 1942, two months before her family went into hiding | en.wikipedia.org/wiki/Anne_Frank

A young hero known as Anne Frank should be mentioned in this list. She didn’t do anything particularly legendary but her heroism should be remembered. Anne Frank was a young Jewish girl hiding in the midst of the Holocaust during World War II. Her experience is proof of her bravery and courage during uncertain and dangerous times. She is a hero for remaining optimistic and hopeful in a time where none of that could be found. Anne Frank is someone to look up to, which is why she is regarded as a hero. Unfortunately, she died unjustly but memories of her struggles and optimism will always live on.