The Jews of Spain once experienced a Golden Age of peace and scholarly study, a legacy that Kosher River Cruise’s 2020 Douro River cruise intends to touch upon as it journeys through Portugal and Spain.

As this Golden Age drew to a close, a great scholar of the Torah rose to prominence. A prolific and oftentimes controversial figure, Maimonides, also known by the Hebrew initials Rambam, wrote the influential Mishneh Torah, a compilation of 14 books that categorized Jewish Law, among other great works. Like a great eagle (Ha-nesher Ha-Gadol, which was his epithet), Maimonides cast a great shadow of influence over much of Jewish thought, from his interpretations of the Torah, contributions in the field of medicine, and his role in attempting to codify the Jewish identity. 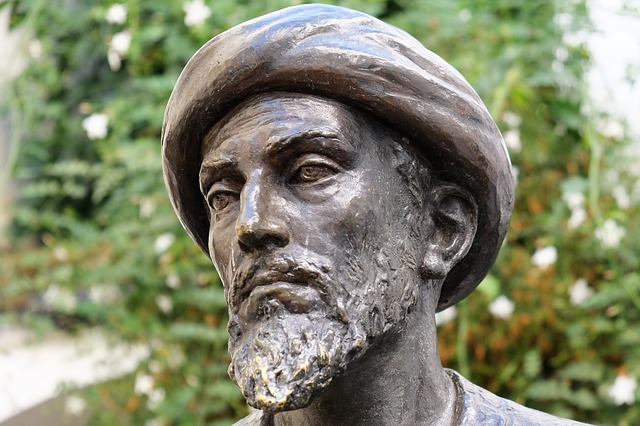 Life of the Eagle

Born in Cordova in the year 1138, young Moses ben Maimon was the son of the scholarly Maimon, and from his father, he received his rabbinical instruction. When the Almohads took over the city and forced the non-Muslim communities to convert, Maimonides’ family opted for exile and wandered for many years in Spain until they settled in Fez, Morocco in 1160. Eventually, however, Maimonides’ family settled in Fustat, now part of old Cairo, Egypt.

The death of his brother David caused Maimonides great grief, and to continue helping the family he took a medical occupation. Balancing the duties of a physician with his own scholarly and philosophical pursuits. His medical renown saw him appointed as the vizier’s private physician, and later on, was tasked to administer the health of the royal family of Saladin. He would continue writing treatises and editing his works until his death in 1204.

Arguably the most significant work of Maimonides is the Mishneh Torah, a comprehensive compendium of Jewish laws that elicited both acclaim and controversy. On one hand, the Mishneh Torah’s meticulous detail and accessibility made it a valuable scholarly resource. On the other hand, Maimonides’ lack of citations and unconventional interpretations, both in the Mishneh Torah and in other works, drew plenty of criticism from other Jewish scholars of the time, such as Abraham ben David.

Aside from the Mishneh Torah, Maimonides also wrote Guide to the Perplexed, a less-accessible text of philosophical discussions concerning topics of theology that too, were considered controversial. While working as a physician, he wrote several medical treatises on illnesses and their cures. He also outlined what is said to be the 13 principles of the Jewish faith—the codifying ideas that define the foundation of Jewish beliefs.

The Influence of History

Due to dire circumstances such as the Almohad occupation, many Jews in the Iberian peninsula were displaced, but many stayed, and contributed to Jewish heritage in their own ways. Maimonides was born in Cordova, and like the others, he had to continue his scholarly pursuits in other lands. However, one can argue that without his travels, he might not have had the same experience to motivate his scholarly pursuits, and that his stay in Egypt may have even lead to the creation of his most influential works.

At Kosher River Cruises, it is our utmost objective that our passengers uncover more of Jewish history in myriad lands through our all-inclusive, all-kosher cruises.