The Danube is one of the world’s greatest waterways, and here at Kosher River Cruises, we would never let you miss the opportunity to experience such a mighty river and learn.

Here’s a few things worth knowing about the River Danube:

6. Budapest is the birthplace of Theodor Herzl, who is considered to be “The Visionary of the Jewish State”. He was born in 1860 in a house right next to the Dohayni Synagogue, into a well-assimilated Hungarian Jewish family.

7. Budapest has the largest synagogue of Europe, the famous Dohanyi Synagogue. It was built in 1859 and its capacity is 3,000 people.

8. Pilsen has the second largest synagogue in Europe, right after Budapest. It was built in 1888. We will be visiting both synagogues!

9. Bratislava is the only capital city in the world neighboring two sovereign states: Austria to the south and Hungary to the south-east. Up until the end of WWII, there was even a tram line connecting Bratislava with Vienna. The vehicles would leave every thirty minutes and the ride took only 45 minutes. 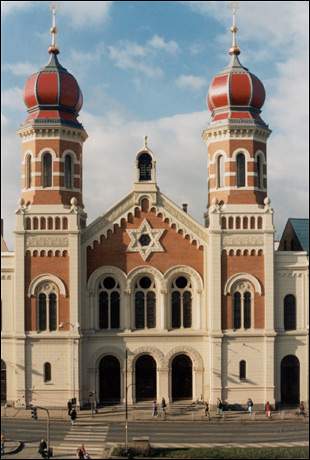 10. Chatam Sofer of Bratislava (Pressburg) is considered to be one of the most prominent rabbinical figures of all time. During the 18th Century, he established and led his own yeshivah, a rabbinical academy, that became the most prestigious institute of its kind in Europe. The yeshiva, which only ceased to exist in its original birthplace during the holocaust, but was relocated by hisdescendants of Chatam Sofer and still functions in Israel today. It was the largest yeshiva since Babylonian times.

If you want to learn more interesting lessons about the River Danube and its rich Jewish community and culture, please join us on our Danube kosher river cruise and Jewish tours!