In the vastness of human history, there have been pockets of Jewish prosperity amidst the rise of empires and the shifts in society, from the aftermath of the Maccabean revolt to the refuge found in 16th-17th century Amsterdam. Some of our previous kosher tours explored such a historic pocket of Jewish prosperity in Iberia, where the Golden Age of Spanish Jews took place. The great scholar and statesman Hasdai ibn Shaprut was a key figure in the development of this golden age, from his work as a dignitary and his patronage of Jewish writing and scholarship.

The life of Hasdai ibn Shaprut 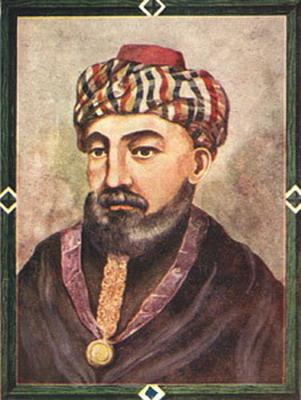 Hasdai ibn Shaprtu was born around 915 in Jaen, Spain, two centuries after the Umayyad Caliphate wrested control of Iberia from the Visigoths. He studied the Talmud in his youth and became proficient in linguistics, while also becoming a prominent physician. He became the court physician of Caliph Abd ar-Rahman III, who recognized his talents and gave him the powers and responsibilities of a vizier without actually using the title. Hasdai would use his expertise to navigate various diplomatic and commercial activities, securing peace treaties and managing foreign affairs. He was also instrumental in translating a piece of pharmaceutical text by Dioscorides, converting the Greek work (a gift from a Byzantine envoy) into Arabic, thereby benefiting his patrons.

Aside from these things, Hasdai also used his power as the appointed leader of the Spanish Jews to strengthen Jewish scholarship in Spain, establishing academies and supporting writers and poets, establishing the groundwork for the Golden Age. When the Caliph died and his son rose to power, Hasdai continued serving faithfully. Sadly, it was in Al-Hakim’s reign that Hasdai died, around 970.

From Jaen to Cordoba, From the Past to the Present

Many influential Jewish scholars and writers would thrive during and after the Golden Age, like Judah Halevi and Maimonides, but it was Hasdai ibn Shaprut who helped facilitate this period of prosperity. He was a man of many talents, nurturing Jewish culture in his area of influence. He was also said to have sent a letter to Khazaria, hoping to find a Jewish kingdom there, showing an interest in discovering Jewish heritage in other places. When we return to the Iberian Peninsula on another Jewish travel cruise, we hope that we can further immerse ourselves in the history and culture to be found there.