From Padua to Amsterdam: The Story of Ramchal

On our previous Jewish heritage tours through Amsterdam, we explored its role as a place of refuge and prosperity for many disparate Jewish groups, from the first wave of Sephardim fleeing Iberia, to the latter groups of Ashkenazi Jews who settled there in later centuries. Amsterdam is one of those busy cities where significant historical events just occur. Just look at the history of the Jewish printing press, developed in Holland’s own capital city. Many great Jewish works were published in Amsterdam, including the Mesilat Yesharim (“Path of the Upright”) of Rabbi Moshe Chaim Luzzatto, or Ramchal. Ramchal was a wise, thoughtful thinker with an eventful life, whose presence had an impact in the era in which he lived in.

The Life of Ramchal 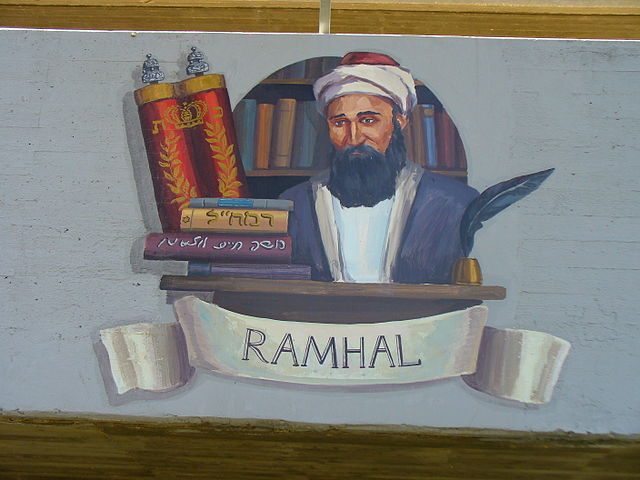 Rabbi Moshe was born in the Italian city of Padua, circa 1707. He was born in a wealthy family with a well-known name, for the Luzzattos were prolific scholars in the region. As a young man, Moshe Chaim was quite studious, a prodigy interested in literature, religion, poetry, and Kabbalistic thought. Before he would publish his great works later in life, he was already composing plays and writing books.

One day, when he was around twenty years old, Ramchal said that a maggid visited him and revealed to him great knowledge and secrets. News of this became well-known among the Padua Jewish community, and fearing that he would become another Shabbatai Zvi (a Jewish figure that, decades ago, claimed to be the Messiah but converted to Islam, disappointing his followers), Ramchal was threatened with ex-communication if he were to discuss Kabbalah. Ramchal left for Amsterdam.

Ramchal settled down with his family in Amsterdam, not teaching Kabbalah but contributing to Jewish religious thought via his Mesilat Yesharim, a book that details a step-by-step process to become holier as a person. He also wrote Derekh Hashem, a comprehensive book on Judaism’s core thoughts. Despite his renown among several major figures in his time, Ramchal could still not teach Kabbalah, and his family left Amsterdam for Acre, Israel in 1743. However, this was where they perished from an unknown plague. Ramchal was 39 when he died, in 1746.

From Amsterdam to the Yeshiva

Ramchal’s greatest work, the Mesilat Yesharim, continues to be studied in Yeshivas in the modern-day. Likewise, his Derekh Hashem provides great insights regarding divine questions regarding G-d’s purpose, and that of G-d’s people. Many of his works were lost in time, due to events that he could not control, from religious writings to literary works. But for the material we do have, we can see that Ramchal’s influence was strong in his time, and even long afterward. A future kosher travel expedition to Amsterdam can be further enriched with knowledge of his work.