Can A Jew Be Too Jewish? 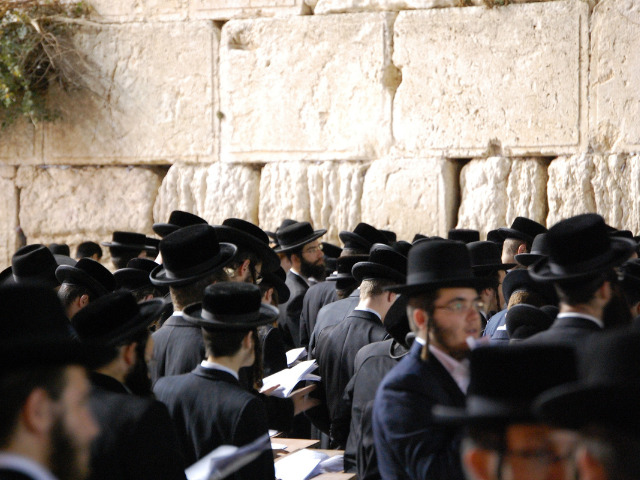 Former United States Ambassador to Israel David Friedman is a Jewish hero by any definition of the word. He unabashedly fought for Israel throughout his tenure, often against the pro-Arab bias that has characterized the American State Department since Israel’s founding. Friedman, a long-time friend and confidante of Donald Trump, painstakingly presented Israel’s case to the President and had a profound influence over his decisions. It was Friedman who explained the importance of officially declaring Jerusalem as Israel’s capital, a move that had been supported throughout the terms of Republican and Democratic chief executives alike, yet never acted upon. It was Friedman who advocated finally standing up to the Palestinian Authority and demanding they reign in acts of terror and cease rewarding their people for murdering Jews; their failure to do so resulted in both the closure of the Palestinian “embassy” in Washington and the loss of significant U.S. funding. And it was Friedman who had a central role, along with Jared Kushner, in formulating and implementing the Abraham Accords with the UAE and Bahrain, the most significant Middle Eastern diplomatic achievement since the peace treaty with Egypt.

And so it is not completely astonishing that Friedman was rudely warned by a State Department official “not to be so Jewish.” His new book, “Sledgehammer: How Breaking with the Past Brought Peace to the Middle East,” is set to be released this week. In it, as Breitbart reveals, Friedman reports an exchange he had with the official in 2017, just before President Trump’s visit to Jerusalem, where, at Friedman’s urging, Trump visited the Kotel – the first sitting U.S. president to do so.

“Word of my stubborn insistence on standing with our ally Israel had now circulated widely within the State Department,” writes Friedman. “ A senior staffer decided to call me and offer the following advice: “Mr. Ambassador, don’t be so Jewish.”

“Don’t be so Jewish,” he replied. “You represent the United States of America. Tone down the Judaism in your work.”

Friedman was livid. “Do you think I am under any disillusion as to who I represent?“ he said.

“Just a free word of advice,” the official retorted.

“Worth the price,” said Friedman.

So – is there such a thing as being “too Jewish?” Interestingly, just last month President Yitzchak Herzog paid an official visit to the UAE. Close observers will have noted that Herzog was visibly unshaven at the time, as he was sporting his ”Shloshim beard,” reflecting the Halachic prohibition of shaving for the month following the death of a close relative (Herzog’s mother Aura had passed away on Jan. 9th). Our president – whose illustrious grandfather was the first Chief Rabbi of the State of Israel – was neither embarrassed nor ashamed to maintain his tradition, even in the presence of kings and sheiks.

This noble posture taken by one of our leaders is something to be quite proud of, a clear message that we have no reason to either apologize or compromise our values and mores when facing the world at large. I recall the famous picture of President Yitzhak Rabin and the Pope with the tongue-in-cheek caption, “Rabin meets the Pope; the Pope is the one in the yarmulka.” But Rabin, like Herzog, was never afraid to state his opinion, or defend Israel’s point of view in foreign forums.

Not so simple a task, however, for Jews worldwide. It has become somewhat of a risky proposition for Jews to openly display Jewish symbols or flaunt their Judaism these days. Hardly a day goes by when some Jewish person is not attacked – verbally or physically – when spotted wearing a kipa, or a Mogen David or “Chai” necklace. The almost comical attempt of a Chasid with beard and peyot wearing a baseball cap in New York or Golders Green so as to “hide” his identity belies the fact that there really is a palpable fear today of random violence against Jews for no other reason than we are Jews. Whoopi (maybe we should call her “Whoops!”) Goldberg was actually not so far off when she said that Jews can and sometimes do “hide” from anti-Semites behind our white color, a “luxury” not afforded to Blacks. (One can only imagine what Whoopi’s rant would – and should – have sounded like if a government official had warned a black diplomat “not be act so black.”)

Protecting ourselves from the haters – while certainly not an ideal situation – is understandable in a world that is seeing Jew-hatred rise to levels not experienced for almost a century. The Torah itself commands us to safeguard both our souls and our bodies and avoid situations of danger. But what we should never do is doubt the beauty and brilliance of our own culture, or demean those who openly exhibit it.

The famous story is told about the late psychologist and teacher Rabbi Dr. Abraham Twerski (educated at my own Yeshiva in Skokie, Illinois) who was once traveling on a train, bearded and wearing his usual Hasidic garb of a long black coat and black hat. He was approached by a Jewish passenger who berated him, “Why do you have to dress like that?! Don’t you know you’re attracting attention and embarrassing other Jews?!”

Rabbi Twerski shot a look of incredulity at the man and coolly replied, “My dear fellow, I think you have made a mistake. I’m Amish, and this is the way our people have dressed for centuries.”

The man was taken aback and began to apologize. “I’m terribly sorry,” he stammered, “I meant you no ill will. I actually think it’s commendable that you have maintained your traditions over such a long period of time.”

Dr. Twerski abruptly cut him off and put him in his place. “Oh, so you think it’s quaint and acceptable that the Amish keep up their traditions, but not us Jews?! Maybe you ought to come see me professionally, and we can work on your sense of self-esteem.”

One further note: While we always must maintain a high moral code of behavior, when we do identify openly as Jews, we must be doubly careful to act in a dignified manner. Because for better or worse, Jews – and Israel – are judged collectively through the prism of individual incidents. We are always on display, and are walking, talking ambassadors of our faith. That is why we have a unique Jewish concept called,Hillul Hashem and Kiddush Hashem; all of our actions serve to either glorify the greatness of God in this world, or diminish Him.

So let us be aware of the tremendous influence we “first-born of the Almighty” have on humanity, and the great responsibility that comes along with it. And, whenever possible, let us opt for “Jewish Pride” rather than “Jewish-hide.”