One of the riverboat glatt kosher vacations that we offer is a Normandy tribute cruise through the Seine River, celebrating military heroes, including the ones in World War 1 and World War 2.

Throughout history, Jewish fighters had done their part in serving and protecting the countries that they dwelled in. They played a pivotal role in the establishment of Umayyad rule in the Iberian Peninsula, and as our past Normandy cruises showed, they risked life and limb to help civilians across the years. One of the French Jewish soldiers who served in World War 1 was Alfred Dreyfus, a just man wrongfully accused of treason. 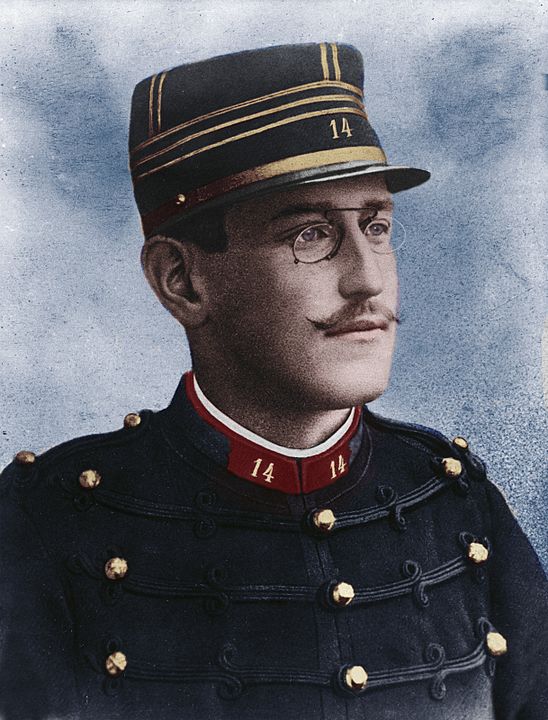 Alfred Dreyfus was a French Jewish man, born in Alsace in 1859, eleven years before that region was annexed by Germany. Fueled by patriotism, he enlisted in the French Army, becoming an artillery captain living in Paris. Dreyfus was described as a family man, with a wife and two children, and was by all accounts a decent Parisian.

Tragedy would strike in 1894 when French intelligence discovered covert plans to sell French Army secrets to their enemies. Suspicion befell Dreyfus despite the obviousness of the actual spy, an indebted drunkard named Ferdinand Walsin Esterhazy. Anti-Semitism might not have initiated Dreyfus’ woes, but it did reinforce it.

In 1895 he was stripped of his rank in the courtyard of the Ecol Militar, in the shadow of the Eiffel Tower, then a symbol of France’s progress and modernity. Even as his rank symbols were torn and his sword broken, he swore his innocence and his love for his country. He was sentenced to Devil’s Island for life imprisonment. To pass the time and keep himself from despairing, he read books and wrote often, but even then, imprisonment took a toll on his health.

Many people in France, including writer Emile Zola and future Prime Minister Georges Clemenceau, heard about Dreyfus’ plight after it was leaked to the public, and demanded his retrial and pardon. The former, in particular, wrote his famous open letter “J’Accuse..!” in response to the injustice done to Dreyfus. He was charged with libel a while later, while another army officer, George Picquart, was arrested on trumped-up charges after he himself conducted an investigation proving Dreyfus’ innocence.

However, in spite of these tribulations and setbacks, plus the growing antisemitism in France of that time, Dreyfus was finally granted a pardon in 1899, although he was still considered a traitor. This would be finally remedied in 1906, where he was fully exonerated and allowed back into the army, a victorious return to service. He fought in an artillery unit in World War 1 and died in 1935.

The Dreyfus Affair was one of the turning points of France, a controversy that solidified the separation of church and state and the reexamination of the nation’s values. Despite the injustice done to him, Alfred Dreyfus returned to the Army and continued to serve his nation.

The entire story of Dreyfus is long and involves many characters, from just figures to vicious bigots. However, what was important was that Dreyfus, an innocent Jewish man, was not left to a sorrowful fate in exile, but was saved by the efforts of many. Our future kosher cruises through France will honor him and other Jewish soldiers in history.