Music is a highly valued part of history. The exploration of beat, melody and sound throughout the centuries is interwoven in the cultural contexts of people around the world. Kosher holidays through Europe and Asia are never complete without listening to the local music, from the instruments of Cambodia to the melodies of Iberia.

Iberia is home to a wealth of Jewish culture, culture that had to hide away or flee during the 1492 Expulsion. Some of these Sephardic Jews settled in Amsterdam, where they continued to practice their faith, culture, and music as they witnessed the economic growth of the city.

And in the midst of the thriving art and music of the 17th century, a celebrated Jewish composer named Abraham Caceres would contribute to this growing atmosphere. 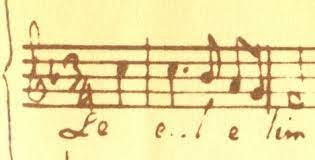 The Works of Caceres

Abraham Caceres was born in Holland. The exact details of his life are not concrete nor his exact birthday, but his time of death was around 1740. Interestingly enough, he lived through the last decades of Baroque influence, which was said to have fallen out of favor in 1450 (the year Bach died), but we digress. We do know that he was a celebrated musician, among the Jewish community of Amsterdam. He was responsible for the consecration music of the Honen Dal synagogue, two melodies added to Rabbi Immanuel Hai Ricchi’s work Sefer Hon Ashir, and for the composition of the cantata Le’el elim. The latter composition is something to note, because it provides melody to text written by the esteemed Rabbi Moshe Chaim Luzzatto, or Ramchal. Indeed, while his personal life isn’t well-recorded, the scope of his music is well-known, as well as his status as a celebrated member of the community.

We have visited the city of Amsterdam in our previous Jewish travels, exploring its bountiful streets and scenic waterways. Every time we touch down upon Holland’s capital city, we learn new things about it and its Jewish past. While many of Abraham Caceres’ compositions are lost over time, the ones that did survive the weathering of the centuries have inspired and guided the people over the years. Amsterdam’s Jewish heritage will forever be present, and its legacy will always fill the air, like music in the mind’s ear long after the instruments have ceased their melody.