A Poet from Malaga

Many Jewish heritage tours explore the rich Jewish history of their travel destinations, such as the industrious community in Antwerp and the chocolate maker’s origins in Bayonne. The peninsula of Iberia is quite rich in this regard, because of the wide scope of Jewish history that can be gleaned from its many fonts of heritage.

There were many great Jewish scholars during the height of the Golden Age of Spanish Jews. Many of them prospered in one way or another, while others led harder lives. Solomon ibn Gabirol was an accomplished poet and philosopher, but his life was characterized by much hardship.

The Life of Solomon ibn Gabirol 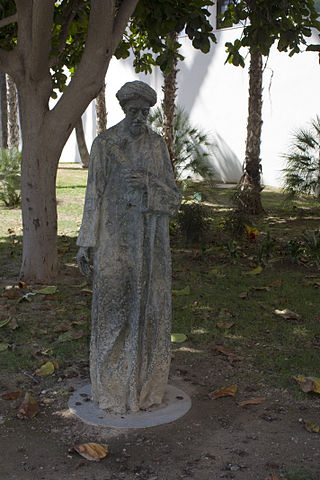 Solomon was born in Malaga, 1022, when the Caliphate was still the main power in Spain. It was noted that he was orphaned, and had an antisocial streak to him that characterized many of his poems and earned him many enemies. Nevertheless, he participated in the intellectual culture of Saragossa (Zaragoza), where he found a supportive patron in Yekutiel ibn Hasan. With the latter’s protection and patronage, Solomon was able to prosper, until Yekutiel was assassinated. After that unjust death, Solomon left Saragossa, and briefly found a new patron in Samuel Hanagid, the vizier to the king of Granada. However, this friendship was short-lived, and the two became estranged, and Solomon ibn Gabirol wandered Spain once more. The date of his death is uncertain, possibly within the years 1058-1070, and the cause of which is unknown, although there are legends related to it.

His Works and Later Influence

Solomon ibn Gabirol was more known for his poetry than his philosophy in the Jewish world, such as his Keter Malkhut and his “Song of Strife”, among other poems that he composed throughout his short life. However, his Fons Vitae would later be recognized by both Jewish scholars and Christian theologians. Moses ibn Ezra would quote his Fons Vitae in his own scholarly work, for example.

An interesting life often affects how one creates one’s work, and in our kosher cruises through Iberia, we consider him to be one of its most fascinating historical individuals. Solomon ibn Gabirol’s struggles colored much of his poetry, but even when he had many enemies, his creations remained influential to the thinkers that would come after him.