Who Is Rabbi Menachem Mendel Schneerson? 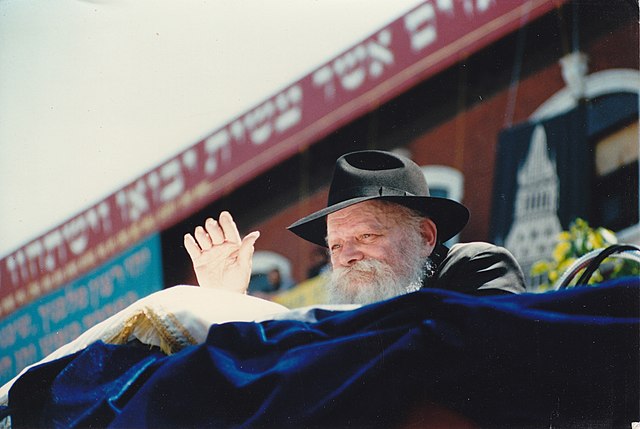 Rabbi Menachmen Mendel Schneerson is one of the most influential and recognized leaders in Judaism. Throughout his time, his significance and contribution to the Jewish community is incomparable. In this article, we will get to know a little bit more about some of his notable endeavors throughout his whole life.

If you’re interested in learning more about our Jewish history, you might consider joining our Jewish heritage tours. Travel in style, discover the world and indulge in fine kosher dining. Spend your Jewish vacation with us at Kosher Riverboat Cruises.

Early Years of His Life

Rabbi Menachem Mendel Schneerson was born on April 18, 1902 in Southern Ukraine. He was the son of Rabbi Levi Yitzchock Schneerson and Rebbetzin Chana Schneerson. During his early childhood, The Rebbe was seen as a prodigy when it came to Torah studies and he was also considered gifted when it came to Kabbalistic study. By the time he turned 17, he was already versed with the intricacies as well as the early commentaries of the Torah.

Throughout the duration of The Rebbe’s younger years, he had also engaged with a lot of his father’s affairs. There would be times where Rabbi Schneerson would act as a translator between Russian Authorities and the jewish community. As the first-born son of the Chief Rabbi, he was guided by the principles and values of his father as he grew up.

The Rebbe is also known as the pioneer of outreaches. Throughout his life, he has established and supported campaigns and organizations that contributed to the betterment of the Jewish community.

In Israel, he was able to initiate a youth organization and Chabad women and girl’s organization. A lot of his work highlighted the rights of women in the Jewish community. His teachings were always directed to both genders and would also always treat women as his equals. In addition, The Rebbe was also able to establish synagogues and schools located in London, Italy, Michigan, and more.

Rabbi Menachem Mendel Schneerson was known to be a daring leader. He has called out the United States for a lot of different causes like the development of an independent energy and the need for a moral and ethical education system for everyone among other things. He advocates for education that focuses more on the obligations of justice and morality and fundamental human rights. Not only that, but the Rebbe also had a large influence on political leaders in the US. Among these political leaders are Robert Kennedy, Franklin D. Roosevelt JR,. John F. Kennedy, Ronald Reagan, and so much more.

He was also able to institute a system of Mitzvah campaigns that encouraged the observance of basic Jewish practices for men and women alike. He is known to have been the one to popularize tefillin for men. The Rebbe also began a Chanukah campaign that influenced all Jews from all around the world to light their own menorah. Tin menorahs were given out to Jewish families and individuals while a public display of the lighting of a Chanukah menorah was held in Philadelphia, Pennsylvania. In the following years, the public lighting of the menorah spread throughout Jewish communities worldwide and is still being practiced today.