What Was Once the Forest Kingdom: A Brief History of Ho Chi Minh City

The scope of our river travels is far and wide, traveling across the world to give a luxurious Jewish travel experience for our guests and fellow adventurers. We ply the waters of the Rhone, cruise through the Douro, voyage the Ganges and explore the Mekong, all in order to provide a fulfilling Jewish travel experience. One of our kosher travels for 2020 is a riveting river cruise through the mighty Mekong River of mainland Southeast Asia, on the wondrous Jayavarman riverboat. We start this unforgettable journey in Ho Chi Minh City, the most populous city in Vietnam. This colorful metropolis was once known as Saigon, and more than just its name changed over the course of Vietnamese history. 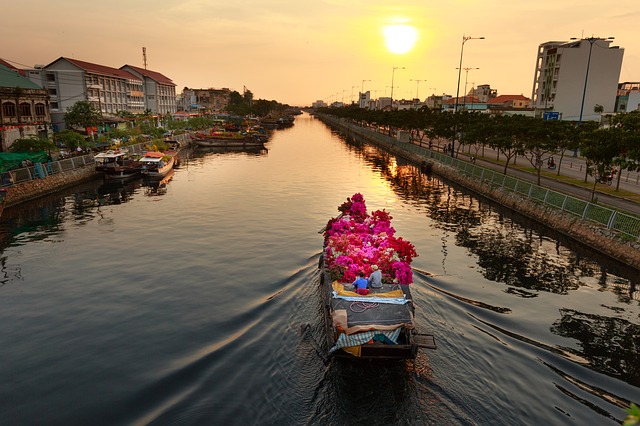 Before it belonged to Vietnam, the city that would become Saigon was part of the Khmer Empire, under the name Prey Nokor which roughly translates as “forest kingdom.” The land surrounding it was, true to its name, densely forested, but gradually, settlers, pioneers, soldiers and refugees of the Trinh-Nguyen War began to converge to it, cultivating the land and slowly converting it into Vietnamese territory.

When the French colonized the Indochinese Peninsula in the 18th Century, they declared the city as the capital of their protectorate, Cochinchina, which composed most of southern Vietnam. Now formally known as Saigon (from Sai Gon, its non-westernized name), the city experienced infrastructural growth and economic development, as befitting the seat of colonial power in the region. The city experienced little conflict in World War II, but in the wake of the First and Second Indochina Wars, Saigon became the seat of military conflict between the revolutionaries and the colonial powers. It was made the capital of the Republic of Vietnam, but in 1975 the city was taken by the North Vietnamese, signaling the end of the Vietnam War. A year later, Saigon was renamed Ho Chi Minh City, after the late leader of the Vietnamese national movement. 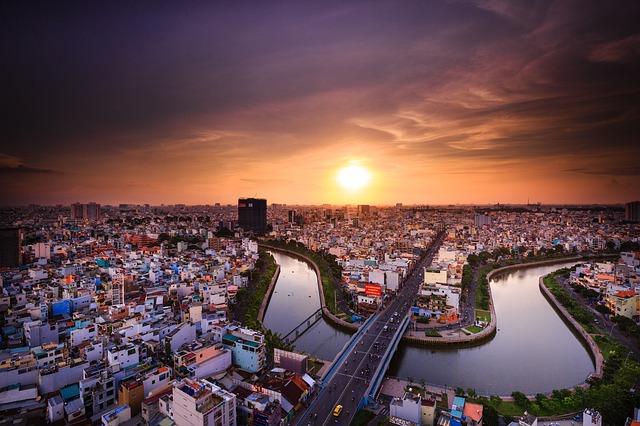 Today, Ho Chi Minh is a sprawling metropolis, its skyscrapers overlooking the Saigon River that winds through it. The doi moi economic reforms of the 1980’s helped modernize in the wake of the previous war, and traces of its French-influenced and even pre-colonial culture live on in its many historic buildings and sites.

Vietnam is rich in history and culture, and we at Kosher River Cruises want you to experience it in full. A Jewish vacation is what you deserve, and what better way to relax than to explore the world on an all-inclusive luxury cruise?