Recipes for soup made of pureed leeks and potatoes were common by the 19th century in France. In 19th-century cookbooks, and still today, they are often named “Potage Parmentier” or “Potage à la Parmentier” after Antoine-Augustin Parmentier, the French nutritionist and scholar who popularized the use of potatoes in France in the 18th Century.

The origins of the name Vichyssoise are a subject of debate among culinary historians; one version of the story is that Louis XV of France was afraid of being poisoned and had so many servants taste the potato leek soup that, by the time he tried it, the soup was cold, and since he enjoyed it that way it became a cold soup.

Julia Child called it “an American invention”, whereas others observe that “the origin of the soup is questionable in whether it’s genuinely French or an American creation”.

Louis Diat, a French chef at the Ritz-Carlton in New York City who grew up in Montmarault in the Allier department near the spa resort town of Vichy, is most often credited with its reinvention.

So for 2022 come and enjoy our version onboard our NORMANDY CRUISE this `July. Just 6 cabins left so “toute vitte” if you would like to join us on this great cruise. 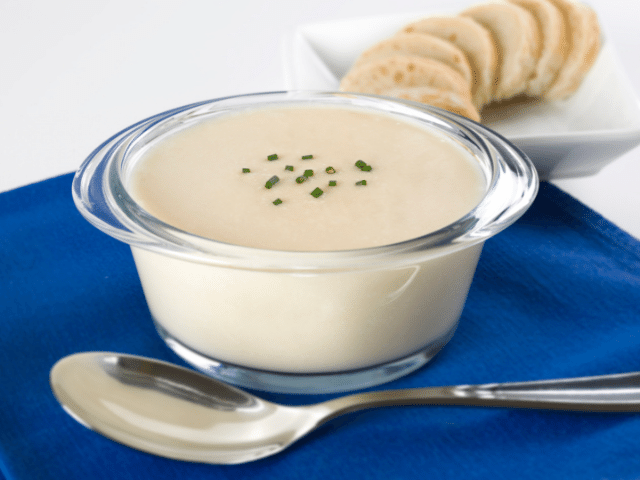