The Remarkable Heroism of Judah Maccabee and the Battle at Emmaus

Throughout history, the Jewish community has been through many trials and wars. We have left our mark on this world and we are here to learn more about it. Across many countries, the Jewish people have spread their influence in many places, but they have also garnered enemies in the process. There are many stories of battles for freedom and religious right, but one most notable war was between the Jews and the Seleucid Empire. Hanukkah, is in honor of the heroes who fought against the Seleucid Empire and regained control over the Second Temple. 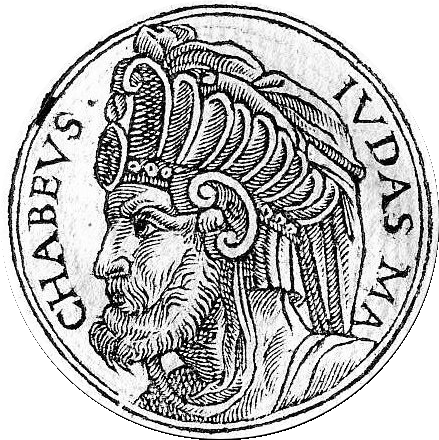 Mattathias was a priest who, together with his son Judah and his brothers, led the Maccabean Revolt against the Seleucid Empire during 167 BCE. The Seleucid Empire, ruled by Antiochus IV Epiphanes issued decrees that forbade Jewish religious practices. This situation had led Judah to form a revolt against them and due to his valor and bravery, they succeeded.

The Battle of Emmaus

Judah Maccabee led a strong army and had consecutive victories throughout the revolution. A notable battle that we will discuss is the Battle of Emmaus. The Seleucids established a base of operations at the small town of Emmaus. The army consisted of 40 thousand troops and 7 thousand horsemen including slave traders anticipating the Seleucid victory, to capture and sell off survivors. As for Judah’s rebellion, which consisted of only 3 thousand volunteer fighters who were poorly equipped, they heavily relied on faith and guidance from the Torah. Gorgias, a major commander of the Seleucid army, took 5 thousand troops and 1 thousand horsemen in hopes of eradicating Judah’s army and scattering them before he had a chance to attack. This however didn’t intimidate Judah but rather it gave him an opportunity to counter-attack. By avoiding the army all together, they marched into the main camp at dawn and attacked. The rebellion successfully defeated the army and they later set the camp on fire. Judah Maccabee allowed the survivors to flee and decided to hide and wait in camp until Gorgias arrived. In the flames and confusion, Judah launched a surprise attack on Gorgias and later claimed a roaring victory against a massive force.

The Hanukkah rebellion consisted of many battles that we can learn about today. The heroism and strategic thinking of Judah Macabee will be forever remembered. Wherever you go on vacation, think about the history and heritage that you can learn and relearn on your travels. Book your Jewish trips with Kosher River Cruises and have fun, adventurous Jewish heritage tours around the world.