The Most Serene Canal City of Venice

Here in KRC, we believe that no Jewish heritage tour in Italy is ever complete without a visit to the beautiful floating city of Venice.

Venice is the capital of the north-Italian region of Veneto. Its historic core lies on islands of a shallow lagoon while the newer parts of the city were built on a vast bank. 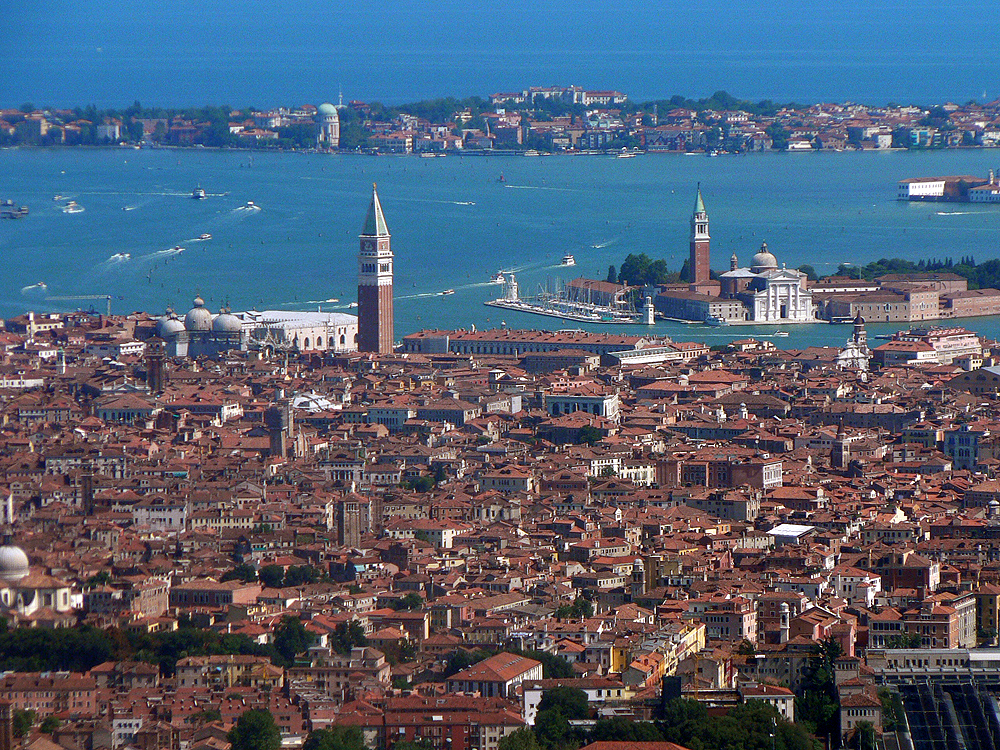 Once a maritime and commercial power and a center of glassmaking, Venice was and still is a city of great historical, cultural, social and administrative significance. In the Middle Ages they were the center of the Republic of Venice. Today they are the center of its region with a rich cultural life.

There is a large harbor on the western edge and an airport on the mainland. Venice is protected by the UNESCO as a World Heritage Site and is one of the most visited Italian destinations. The city lives predominantly from tourism. Every year, almost 25 million tourists from around the world visit the so-called “floating city“. Venice is one of the most visited cities in the world.

Venice is full of historic cultural and artistic monuments. Some of the oldest buildings are the Basilica of St. Marco and the medieval Ducal Palace. There are the Gothic churches of Santa Maria dei Frari and Santi Giovanni e Paolo and the Renaissance buildings Bibliotheca Marciana (Sansovino) and the Church of San Giorgio Maggiore (A. Palladio) which were built roughly from the same time period. And there are the Baroque church of Santa Maria della Salute. St. Mark’s Square, the Grand Canal, and other city districts that are the historical and artistic treasures with more masterpieces inside.

Some world-famous events are held in Venice, such as the Biennale di Venezia, a prestigious show of contemporary art held every two years, and the Venice International Film Festival which is held anually since 1932.

In the days of “acqua alta” (high water), which is an average of 54 on average every year, the sea level rises up of more than one meter, frequently flooding the historical core of the city, including the St. Marco Square and many other historical landmarks.

The Birth Of Venice

The beginnings of the city fall into the period of the Great Migration in the 5th Century. The name Venezia may have come from the tribe of Veneths. They had settled in this area when barbarians threatened them, seeking shelter on the muddy islands of Laguna. They gradually developed a city that, though without land and raw materials, was oriented towards trade with the eastern Mediterranean and Byzantium.

The Venetians were soon able to protect themselves with a powerful fleet and skilled diplomacy. They also benefitted from among the spheres of interest in the Western and Eastern Empires. Venice became a rich and independent Patriotic Republic with its own elected bodies (headed by the Doge – first mentioned in 679) and with a tremendous influence in the Eastern Mediterranean which was reinforced by numerous business settlements and military bases. 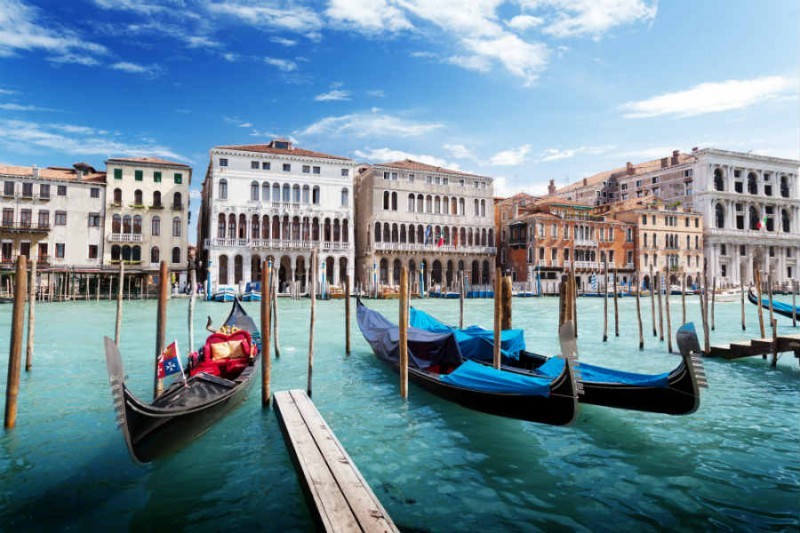 Already in the Middle Ages, the Venetians dealt with most of their opponents (Genoa, Pisa), actively participated in the Crusades (the dukes of Enrico Dandolo, Francesco Morosini, etc.) and have faced the pressure of the Ottoman Empire for centuries.

An important role in the life of the city was played by the so-called scuola.It was not a school in today’s sense but an influential guild corporation with its own finances, buildings and representation.

Venice also has one of the most important European Jewish communities. The famous Jewish Quarter in the Cannaregio gave the world the word “Ghetto“ (meaning “foundry“ in Venetian). Nowadays this term is used in a much broader sense to describe a socially excluded locality, similar to the ones where Jews had to live in Ashkenazi Europe during the medieval oppression. 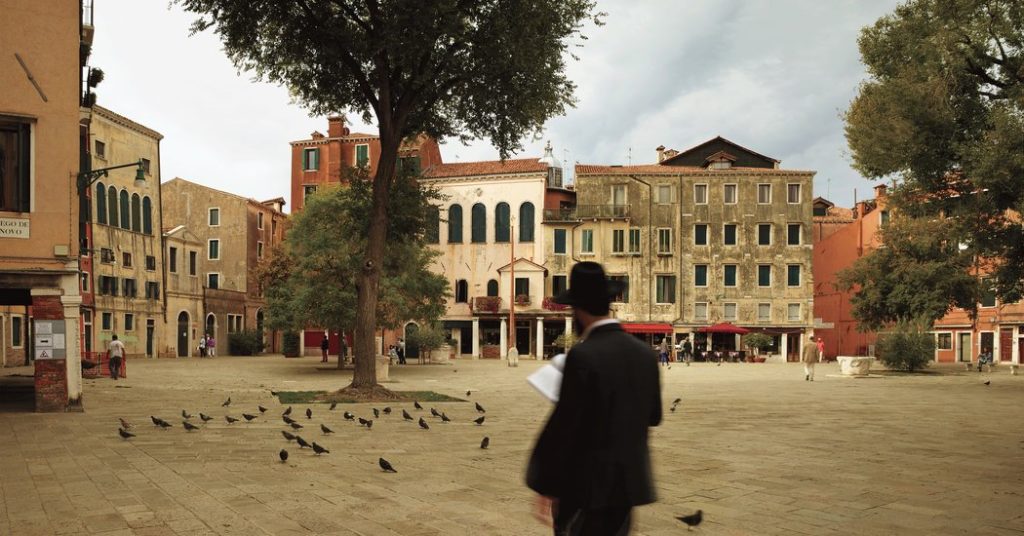 It is a false claim, though, that the first ghetto ever was established in Venice. The Venetian Jewish Town was only established in 1516, three centures after the decree to separate Jews from the Christians in sealed-off city quarters was passed in 1215 in the Council of Latran in Rome.

Historically, Venice always belonged to the maritime and trading power in the Eastern Mediterranean and was always in contact with foreign cultures. They were one of the few states that tolerated the Jews. After the mass expulsion of the Jews from Spain in 1492 and Portugal in 1497, many of them settled here, followed by Jews from Germany, Bohemia, Poland, and Austria.

At the beginning of the 16th century, anti-Semitism was at its pinnacle, resulting in the Jews of Venice being ordered tby the Doge to move out from the city in 1516. They were assigned to a small neglected island called Ghetto Nuovo (New Foundry). The word “Ghetto” was created by the Yiddish-speaking Ashkenazi Jews pronouncing the word.

Venetian soldiers guarded the perimeter of the Ghetto on boats, closing the gates every evening.

Later, Jewish residents were allowed to expand to two other enclaves, creating “Ghetto Vecchio” and “Ghetto Nuovissima”. In the past, over 5,000 people lived here in a very small area and very crowded neighborhoods which were accessible only via bridges. Five synagogues were established, a number of yeshivot and printing houses. The Jewish printing press became world-famous. Rabbis Meir Katzenellenbogen and Leon of Modena are amongst the finest Jewish scholars and personalities associated with Venice. Jews of Venice were only granted full civic rights in 1866 after the reunification of the Italian Republic. 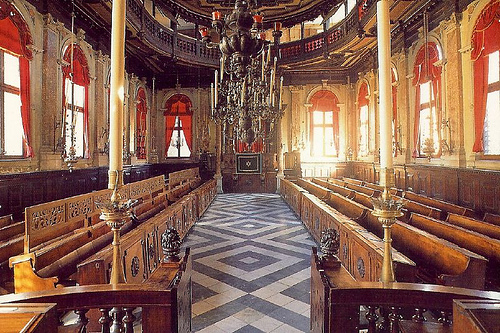 The Jewish community of Venice persisted after WWII despite heavy losses, with the 2000 members from 1938 reduced to around 1000 to 1500. The Jewish district is still a lively one up to this day, with the five synagogues still in service.

If you want to take a one of a kind kosher tour to Venice, feel free to contact us at https://kosherrivercruise.com/.