Mainland Southeast Asia was home to a variety of ancient civilizations, from Champa to Khmer. In the modern-day, the peninsula is home to Vietnam, Laos, Cambodia and other nations, the inheritors of empires that clashed over hundreds of years ago. For our Glatt kosher tours along the Mekong River of mainland Southeast Asia, we’ve chosen the Jayavarman, a luxurious riverboat that combines French and Khmer aesthetics. In Khmer (Cambodian) history, there are two great monarchs that bear the name Jayavarman: Jayavarman II and Jayavarman VII, but the riverboat was explicitly named after the latter.

The rich history of the Khmer Empire was punctuated by periods of conflict, both internal and external. During a campaign against the Kingdom of Champa, King Jayavarman VII rose to power, a man considered to be the last great Khmer ruler of Angkor. 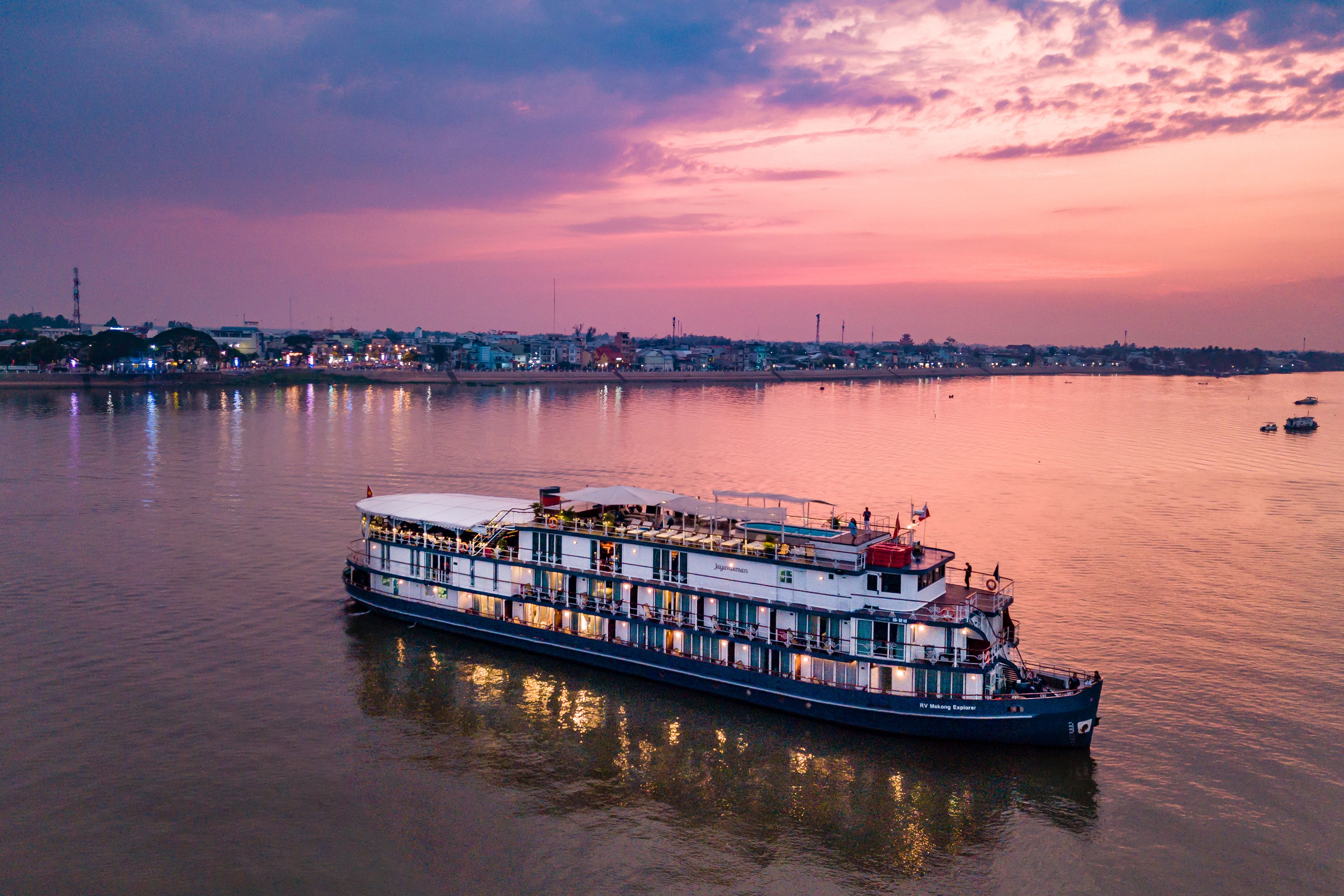 The Crowning of Jayavarman VII

King Jayavarman was the son of King Dharanindravarman II, and a large part of his childhood is shrouded in mystery. What is known is that he was not made king until he was a much older man, as his relative Yasovarman took the throne, before the latter was promptly overthrown by the rebel Tribhuvanadityavarman. For more than a decade Jayavarman laid low until the nearby kingdom of Champa invaded in 1177. The usurper was slain and the kingdom was put under foreign rule, and this was when Jayavarman decided to act. He led the Khmer people in a revolt against the Cham, successfully driving out the invaders and returning order to the anarchy that befell his father’s kingdom. Jayavarman VII was in his sixties when he took the throne and ruled for three decades afterward.

Under Jayavarman VII, the Khmer Empire saw much military expansion and infrastructural progress. The Khmer Empire expanded its reach into Champa, its old rivals, along with other nations in the Peninsula. Under his reign, many temples were built in the Buddhist style, differentiating the monarch from his primarily Hindu predecessors. He changed the Angkor Wat from a Hindu place of worship to a Buddhist one, and among the many religious structures built in his reign, the Bayon is the most famous, a temple that lives on in the site of his old city. Aside from his military and religious endeavors, he was also known for the establishment of over 100 hospitals around his kingdom.

From the Past to Today

King Jayavarman’s zealous construction projects and intense Buddhist faith manifests in many Khmer monuments in the modern-day, such as the aforementioned Bayon. His role as the revitalizer of the Khmer civilization makes him an important figure in Cambodian history. This 2020, join us on our kosher cruises through the Mekong River, aboard the luxurious riverboat that bears this great Khmer monarch’s name.