Tandoori chicken as a dish originated in the Punjab before the independence of India. In the late 1940s, tandoori chicken was popularized at Moti Mahal in the locality of Daryaganj in New Delhi by Kundan Lal Jaggi and Kundan Lal Gujral, who were Punjabi Hindus as well as the founders of the Moti Mahal restaurant. Mokha Singh had founded the restaurant in the Peshawar area of British India, which is now a part of neighboring Pakistan.

In the United States, tandoori chicken began appearing on menus by the 1960s. Jacqueline Kennedy was reported to have eaten “chicken tandoori” on a flight from Rome to Bombay in 1962.] A recipe for tandoori chicken was printed in the Los Angeles Times in 1963, for “the hostess in search of a fresh idea for a party dinner” a similar recipe was featured in the same newspaper in 1964. 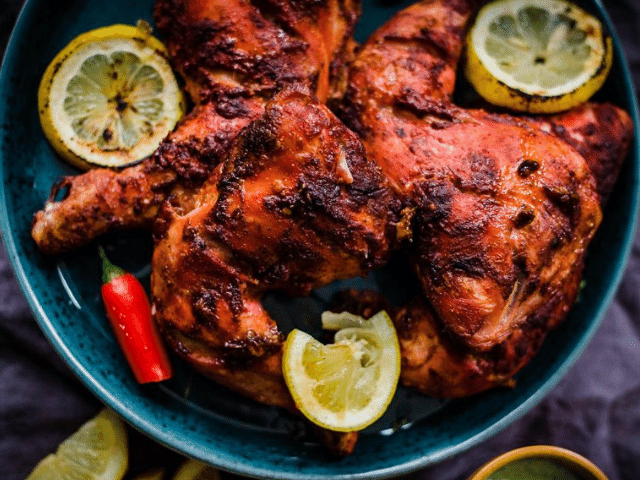