Our kosher touring expeditions let us explore many facets of Jewish historical life, from scholarship to literature to architecture. One thing that always excites us on a journey is the chance to discover new things, which is why we visit many museums and parks. Much can be discovered about one’s place in the present by unearthing the past, and sometimes, “unearthing” is a literal statement. In 1929, near the Gilboa mountains, a synagogue was discovered, along with the mosaics within. This was the Beit Alfa Synagogue.

Inside the Beit Alfa Synagogue 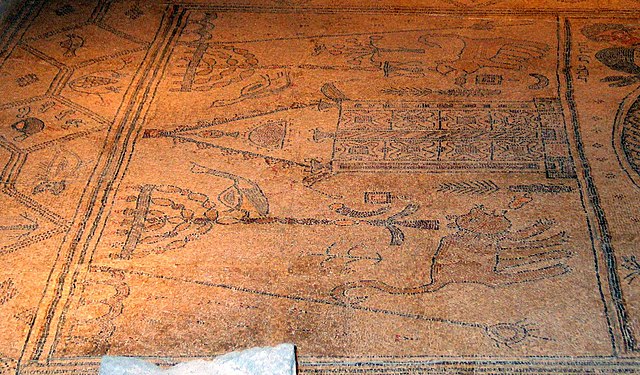 Like many treasures and wonders, the synagogue was discovered by accident, the result of an irrigation dig by the kibbutz of Hefziba. This led to the discovery of the possibly Justin I era Synagogue and the Jewish village around it. With excavations coordinated by Eleazar Sukenik, exploration began in earnest. Discovered within the synagogue was a small spot on the floor with thirty-six coins of Byzantine origin. Also found within the synagogue was a series of mosaics. One depicted the Akedah, or the binding of Isaac. Another depicted the zodiac and a personified Four Seasons (along with the sun face of Helios, oddly enough.) A third depicted the Torah Ark. The drawings were of a specific style that was fascinating to the initial excavators. Today, the synagogue is part of the Beit Alfa National Park, a protected site of heritage.

Art is a way for us to express ourselves. It is a part of culture and history, a way to glean into the daily lives of the people of a certain era. During our kosher vacations, we always make sure to learn about the art of certain locales that we visit. The art of the Beit Alfa Synagogue is a treasure, even more so than the coins found within its floor. The peculiar designs and aesthetic of the murals are captivating, and served as a fascinating window into the past.