The Bar Kochba Revolt, The Last of the Roman-Jewish Wars

Passover has finished, but the lessons of history do not have to end with the end of the celebration and the closing of the Haggadah. Likewise, while our kosher Europe tours may be postponed due to the current pandemic, that does not mean that the opportunity to learn about one’s heritage is also hindered. While we stay indoors, we can continue to appreciate and explore the vast amount of Jewish history that can be accessed online.

On the western side of the Dead Sea, an ancient cave contained letters that date back to Roman times, to when the final great conflict between the Romans and the Jews was coming to an end. This was the Cave of Letters, which contained written accounts of the Bar Kochba Revolt.

The Last of the Roman-Jewish Wars 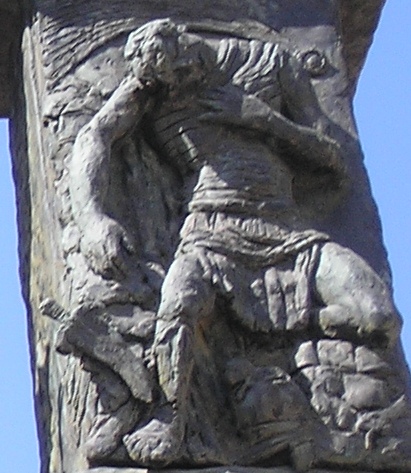 The Bar Kochba revolt was named after Simon ben Kosevah, who was given the surname Bar Kochba (“Son of the Star”) by Rabbi Akiva. This revolt was the culmination of political tensions between Jews and the Romans, owing to the large military presence in Judea, the failure of the first revolt, and possibly Emperor Hadrian’s establishment of a temple of Jupiter in the Temple Mount in Jerusalem. In 132 C.E Bar Kochba led the Jews of Judea against the Romans, almost like how the Maccabees led them against the Seleucids centuries ago. Bar Kochba was successful in capturing Jerusalem from the Romans and establishing an independent Jewish state, where he ruled as prince (“Nasi”). There was even a Jewish coinage at that time, where Jewish symbols were stamped over preexisting Roman coins.

The End of the Revolt and its Legacy

After three years, the Jewish territory claimed by Bar Kochba began to shrink as the Romans began to close in. Bar Kochba and his forces were pushed to the fortress of Betar, where the Romans besieged them and eventually slew him. Countless towns were razed, and the bodies in Betar were numerous. Despite the Roman conquest, the Bar Kochba revolt cost much for Hadrian, to the point that he removed his regular greeting of “I and the Army are well” on his field report after the bloody affair.

One of the benedictions said in grace before meals was added after the revolt, remembering those slain in Betar whose bodies the Romans allowed to be buried. The Cave of Letters is another fragment of legacy from this era, containing both minted Bar Kochba coins and the Babatha Papyri, which reveals much about the life of Jewish women in that age. As we have learned in our previous kosher cruises, history is not often sweet, but we can learn positive things from what came before us.