This June 2020, Kosher River Cruises invites you to travel with us along the bountiful Mekong River and partaking in an all-inclusive, all luxury, and all-kosher tour that will take us to Cambodia and Vietnam. The longest river in Southeast Asia, the Mekong is an influential waterway that flows through several Southeast Asian countries. The entire stretch is a fertile region home to rare species of flora and fauna. One of these creatures is the enigmatic Saola, dubbed the Asian Unicorn. 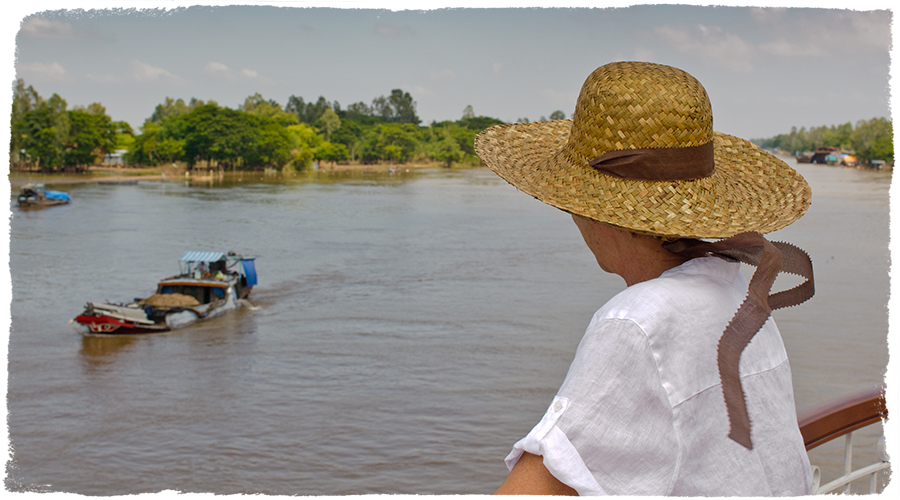 What is the Saola?

The Saola (Pseudoryx nghetinhensis) a kind of large mammal, a bovid that resembles a large antelope with white facial marks and long parallel horns. The horns, in particular, resemble that of local spinning wheel posts. It is from this resemblance that the name “Saola” (“Spindle-Horn” in Vietnamese, or “Spinning wheel posts” in Lao) is derived. The Saola is the sole species of its genus, and despite its oryx-esque appearance, its closest genetic relatives are wild cattle, such as the water buffaloes of Asia.

Discovery of the Unicorn

The Saola’s status as the Asian Unicorn comes from its elusive nature and its rarity in the wild, not the number of its horns. Living in the deepest reaches of the Mekong Region’s primal forests certainly lends an air of mystery to this twin-horned bovine. Interestingly enough, the discovery of the Saola’s existence was brought about by biologists noticing a strange pair of horns. In May 1992, the Ministry of Forestry of Vietnam and the World Wildlife Fund conducted a joint expedition to survey the Vu Quang forest reserve in the central north of Vietnam. While surveying, they found a skull with peculiar horns in a local hunter’s home, the skull of a Saola, the first large land mammal discovered in 50 years.
The WWF officially published its discovery on July 17, 1992, yet to this day, very little is known about this mysterious land creature.

Is the Saola Kosher?

Being part of the Bovid family, the Saola is a creature with split-hooves and a ruminant disposition. However, owing to its recent discovery it lacks a Mesorah that declares it to be kosher. Furthermore, its status as a critically-endangered species is a significant deterrent to the partaking of its meat.

The Saola is one of the most mysterious creatures of the Greater Mekong Region, a place where various species, such as the endangered Indochinese Tiger, call home. This 2020, Kosher River Cruises will explore the history and culture of this bountiful region, on one of our famous all-inclusive all-kosher Jewish cruises.