Art is an undying form of creativity. In ancient times, art has been used to relay messages, depict various situations and record historical events. In Jewish history, there have been many recorded artists that created beautiful works, most of which are unearthed and displayed. Some are still buried in the pas 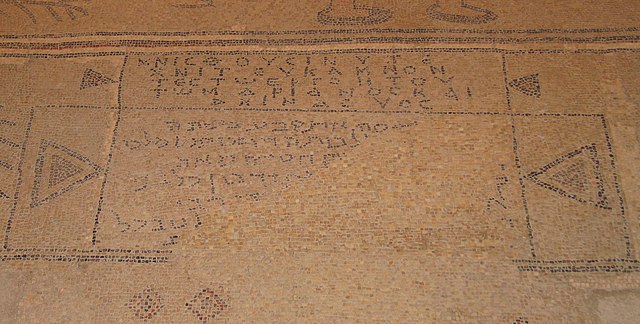 The Mosaics of Bet Alfa are among the ones which were discovered, which shows a lot about ancient Jewish communities.

Many of these historical findings and lectures can be found on our Kosher River cruises! If you’re willing to learn more about Jewish history and heritage, explore beautiful sights and eat delicious glatt cuisine, book your Jewish tours with Kosher Riverboat Cruises!

So what and where is the Beit Alfa Synagogue? Beit Alfa is a Kibbutz located in the northern district of Israel. It was founded by immigrants from Poland in 1922, and now is most popular for its famous synagogue. The synagogue itself was discovered in 1929 and took the same name as the Kibbutz.

The Mosaic and Galleries of Beit Alfa

Beit Alfa is known for its fascinating and intricate mosaic seen on the ground. It contains several registers and illustrations presented on each part of the floor respectively. The Northern panel displays the Binding of Isaac, the Southern panel depicts a Synagogue scene and finally, the Central panel features a Jewish adaptation of the Greco-Roman zodiac.
The architectural structure of the ruins indicate that there was a second floor, which may have been a women’s gallery. Among the art and inscriptions, a dedication message written in Greek and Arameic was found in the Northern hallway. This dedication indicates that the synagogue was built during the reign of the Byzantine Emperor Justinus.

Nave Mosaics and their Meaning

The Northernmost panel shows a depiction of the Binding of Issac, with models who seemed to be representing known figures of the past. Allegedly, this almost child-like illustration depicted Abraham as he held Isaac above the fire, along with other figures with him, performing a ritual of some sort. However, there are still studies about the true narrative behind the mosaic, especially from Christian narratives and other sources which may explain the inconsistent religious art style and cultural differences.

The Central Panel displays an illustration of the Zodiacs presented in a circle. In the very center, there is a figure surrounded by horses, which may be part of a chariot. This indicates that the figure is actually Helios, the Sun God who is part of Greek Mythology. Around the figure in the center, which is the second layer, the 12 signs of the zodiac are displayed with the names written in Hebrew. The last outer circle of the illustration shows the 4 seasons of the year. It is common for Synagogues to use zodiacs as a decorative element.

The ancient world is fascinating and full of wonder. You can learn more about ancient Jewish art works and heritage by joining Kosher Riverboat Cruises. Book your vacation now and explore the ancient Jewish world in luxury.