Siem Reap, The Gateway to Angkor

In 2020, Kosher River Cruises will take us from the vivid blues of the Rhone in France to the verdant greens of the Mekong in mainland Southeast Asia. The 12th longest river in the world, the Mekong flows down from the highlands of Tibet, crossing or bordering several countries such as Cambodia, before finally spilling down on the Mekong Delta of southern Vietnam. From the Jayavarman, a luxurious Khmer and French-inspired riverboat, we will travel this mighty river’s waterways and visit several unforgettable locales, from the bustling Saigon to the historic Phnom Penh. At the end of our cruise, our guests have the option of joining a post-cruise tour in Siem Reap, the Gateway to Angkor, where we will explore the legacy of Khmer civilization. 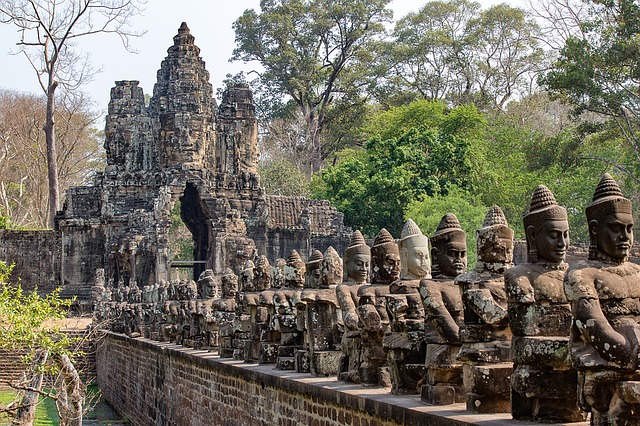 Siem Reap is a Cambodian city just north of Tonle Sap, a bustling resort town right at the doorstep of several majestic Khmer tourist destinations. From its strategic location, it has easy access to the remnants of Angkor, such as Angkor Wat, Angkor Thom, and other ancient temples and structures from Cambodia’s golden age of antiquity.

Siem Reap was once just a small village prior to the 19th century. Siem Reap means “Siam Defeated,” a name that echoes to a folk tale about a decisive battle between several Southeast Asian kingdoms, where the Khmer emerged victorious against Siam, the predecessor of modern-day Thailand.

Prior to the French colonization of Indochina, Siem Reap remained an unimportant spot in (ironically) Siamese territory, along with the ancient cities and temples it lived in the shadow of. When Henri Mouhot “re-founded” Angkor Wat, Siem Reap became a casualty of the historic site’s popularity, and following the French colonization of Indochina, the town began to grow in size and population. The Grand Hotel d’Angkor was opened in 1929, signifying the town’s legacy as a tourist destination and a gateway to the past glory of the Khmer Empire. 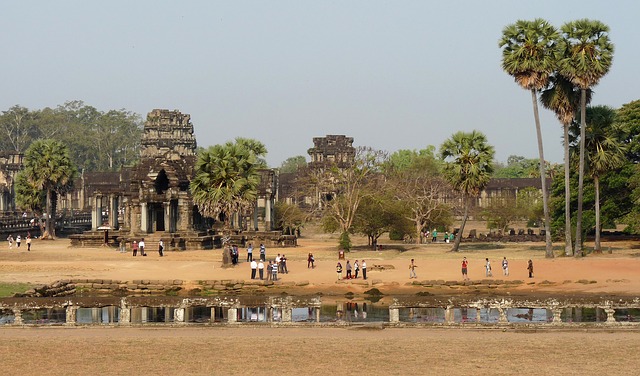 Like most of Cambodia, Siem Reap was hit hard by the Khmer Rouge, but also like most of Cambodia, it recovered from the horrors of the past and now remains a popular destination for tourists seeking to visit Angkor Wat and Angkor Thom. Filled with a multitude of hotels, restaurants and other amenities, Siem Reap continues to benefit from its status as a gateway into the past. On our kosher cruises through Cambodia and Vietnam, join us visit this gateway to Angkor heritage and step into the Cambodia of the past.