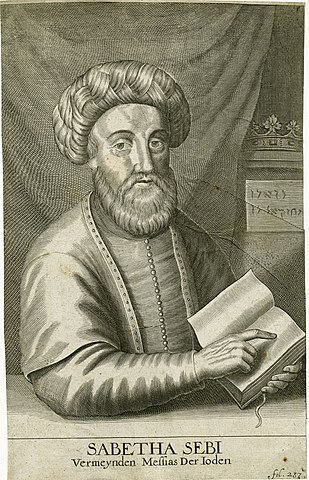 There have been a number of False Messiahs throughout Jewish history. However, this particular false messiah during the 1660s has one of the most consequential impacts in Jewish history, especially in the modern context. The aftermath of his activities has spread throughout far flung areas and has affected years of Jewish thought.

If you’re interested in learning more about our Jewish history, consider joining us on our Jewish heritage tours at kosher riverboat cruises. Travel in style, try out unique kosher cuisine from all around the world, and connect more with your Jewish identity. Book a trip with us on your next Jewish vacation!

During this era, communication has already developed and information is being easily transported from one place to another since print media has also just emerged. When news of the Jews eagerly adopting a possible Messiah was interesting to not only the Jewish community, but Christian readers as well. Through the circulation of media, there are a lot more ideas that are available to a larger audience. In terms of the political context, Shabbetai Tsvi emerged during a kind of post-holocaust era where depression and confusion ruled the Jewish community. In addition, kabbalistic thought became apparent. There were also technological changes in terms of the circulation of media,

Who is Shabbetai Tsvi?

Born in 1626 in Smyrna, he spent time in Greece during his childhood and was known as an attractive and intellectually eligible bachelor who had engaged in a number of marriages, including marriage to a Torah scroll instead of a woman. He proved to be a gifted student of Talmud and Kabbalah which he started studying at an early age. At the age of 22, he started to display a change in his behavior that was labeled as bizarre by other people around him. Some scholars have attributed these symptoms to mental illness. Shabbetai would claim to have moments of great elation and claimed to have done miraculous activities like levitation. He called these moments the “illumination,” where he would perform questionable, and even blasphemous, acts.

In 1666 he was arrested for fomenting sedition in Constantinople. He denied his claims of being the messiah when faced with the sultan. He was given the chance to choose between death or apostasy to pay for his arrest. In the end, Shabbetai Tsvi abandoned his identity and chose to be converted to Islam to become Aziz Mehmed Effendi. He was supported with a royal pension and continued to live as a Muslim on the outside and Jewish on the inside until 1676.

His eccentric behavior was mostly overlooked by the community because of his intellectual nature. People focused more on his mastery of the Talmud and Kabbalah while ignoring his questionable and bizarre behaviors. Though Shabbetai would oftentimes have messianic tendencies, most people didn’t actually pay much attention to his claims until Nathan of Gaza encouraged this activity and broadcasted the notion that Shabbetai Tsvi was in fact the Messiah. This triggered his mental health and enabled the worst aspects of his illness and incited his delusions of being the messiah.

Other than his Messianism, he would also proclaim himself to be various titles to his friends and acquaintances. In addition, he has exhibited antinomianism which is behavior that often rejects or dismiss law. One example among his many controversial characteristics is that he would proclaim fast days in the calendar of Judaism as the opposite, which he called feast days. There are so much more moments where he would contradict the existing traditions and beliefs of Judaism. His tendencies to challenge traditional norms of Judaism became an incredibly controversial topic during his time.

A lot of communities became interested and responsive to the claims of Shabbetai Tsvi and this was because during this time, the devastation that came from the 1655 Russian-Swedish war left most people yearning for redemption and salvation. Thus, despite the imaginative claims of Shabbetai Tsvi, he still gained a few followers that believed in his mission. This created a movement called Shabbateanism which survived until the early 18th century. After the death of Shabbetai Tsvi, his influence in Judaism lived on as a new version of Jewish mysticism was established. We now know this as the Hasidic movement.