Returning Hebrew to Modern Use: The Life of Eliezer Ben-Yehuda

The Hebrew language as we know it today is the result of several significant shifts and changes throughout the centuries. Like Latin, it is a highly valued language used in religious matters. However, unlike Latin, the Hebrew language was revived and revitalized as a medium of social communication and literature.

Even today, the Hebrew language is continuously being developed. The Hebrew Language Academy is a modern institution in present-day Israel, one that continues to create new Hebrew words for modern-day usage (If you ever go on Jewish trips through Givat Ram, then this place is a must-visit.) This institution has its roots in the Hebrew Language Council of 1890, which was established by Eliezer Ben-Yehuda.

A Mission To Revive Hebrew 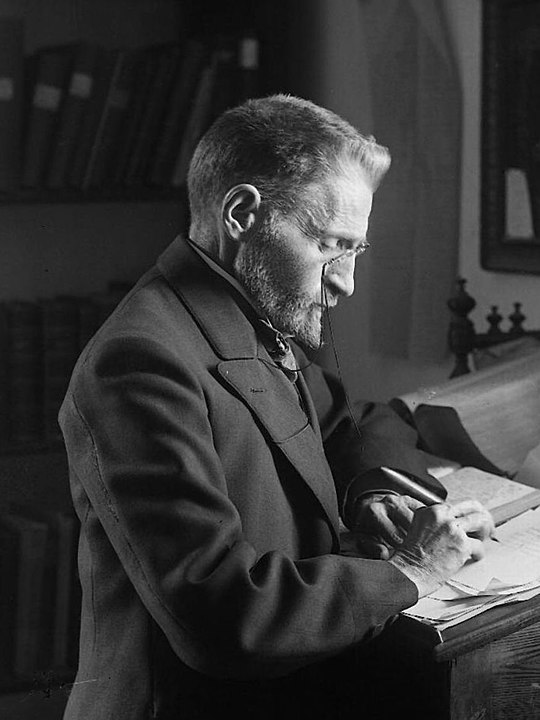 Eliezer in his house in Talpiot neighbourhood. | (c) en.wikipedia.org/wiki/Eliezer_Ben-Yehuda

Eliezer Ben-Yehuda was born Eliezer Yitzhak Perlman in Luzhki, in the Vilna Governorate in 1858. Like many figures that we covered in our articles, Eliezer was given a religious education in the hopes that he would become a rabbi, reading the Mishnah and studying at a yeshiva. However, the 19th Century was a time of new ideas and great changes, and young Eliezer was influenced by Haskalah and secular literature.

When Russia fought the Ottomans for Bulgaria, and countries like Greece and Italy became independent, Eliezer was further inspired, which would lead to his dreams of reestablishing Hebrew as a national language.

Eliezer would study in Paris, before going to Palestine. He would settle in Jerusalem, where, together with his wife, he set to work. He would work on several newspapers that were published in Hebrew, in order to acquaint adult Jews with the daily usage of the language. He would also raise his son, Ben-Zion Ben-Yehuda, to speak only the Hebrew language. Later on, he would establish the Hebrew Language Council of 1890, which, as we mentioned above, was the predecessor of the Hebrew Language Academy.

Eliezer died in December 1922, succumbing to tuberculosis. However, even after his death, his dedication to reviving Hebrew bore fruit, and today its modern incarnation is the official language of Israel. Like a domino, his work influenced and inspired others to take up his mission of revival.

When you go on your future kosher tours through historical Jewish sites and monuments, consider the Hebrew written on the stones and preserved parchments. Consider how, through the efforts of dedicated figures in history, there is a bridge between the language of the past and the language of the modern-day.