Oneg Shabbat, The Archives of the Warsaw Ghetto

In archeological digs and anthropological expeditions, fragments of Jewish history can often be found hidden in clay jars, preserved niches, and other ancient containers. You might even visit a few of these sites in your previous Jewish tours. These fragments preserved the stories of the people who lived through those eras. During the harrowing events of World War 2, there was an initiative to chronicle the happenings that occurred in the Warsaw Ghetto. This is the Oneg Shabbat Archive. 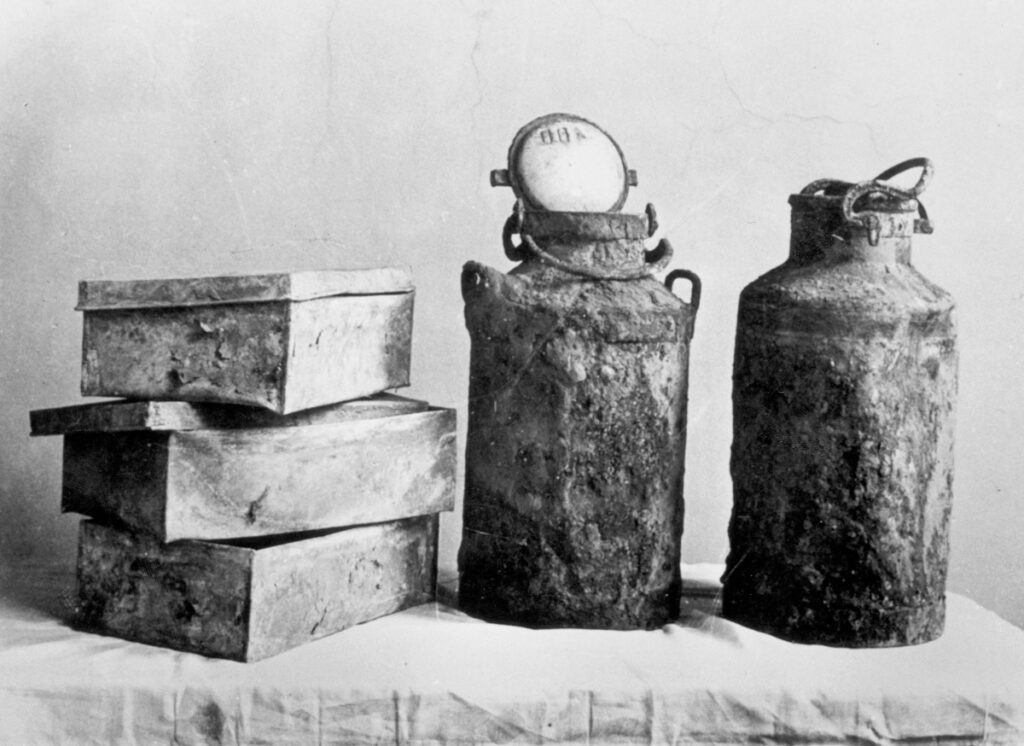 An Archive in Three Parts

“Oneg Shabbat” usually refers to the celebration of the Shabbat on a Friday evening or Saturday afternoon, a festive occurrence characterized by socialization and liveliness. “Oneg Shabbat” would become the codename of a project initiated by Emanuel Ringelblum and several other archivists, historians, and other Jewish folks during the Nazi occupation of Poland.

The Warsaw Ghetto was infamous for being the largest Jewish ghetto during World War 2, a vast community forced to live in squalid conditions, with famine, disease, and other woes within the walls. The Oneg Shabbat archives contained a wealth of material from the Jewish community in Warsaw, from literary works, poems, and newspapers to postcards, menus, and even photos.

Despite the gloom of the Ghetto, life persisted within. When news of extermination camps and deportation reached the archivists, they hastened their collection of testimonies and other materials, burying them in tin boxes and milk cans. Eventually, the ghetto was cleared out and most of the archivists were slain during the mass executions. Yet, their work remained hidden, and two of the three buried archives were uncovered after the war, showing the world a glimpse of Jewish life during a dangerous time.

The events of the past may be painful to read about, but even in such a dangerous time, there were efforts to resist the active dehumanization of the Jewish people. In the case of Ringelblum and his associates, they succeeded in preserving the spirit of the Jews in Warsaw, showing a community that wrote and sang and lived, and even after the ghetto was cleared out, the essence of their lives remain preserved today.

While some places on a historical kosher Europe tour might not be so uplifting to go to, visiting the Oneg Shabbat archive in the Emanuel Ringelblum Jewish Historical Institute in Poland would be an unforgettable experience.