On Philosophy and Stock Exchange: The Story of Joseph de la Vega 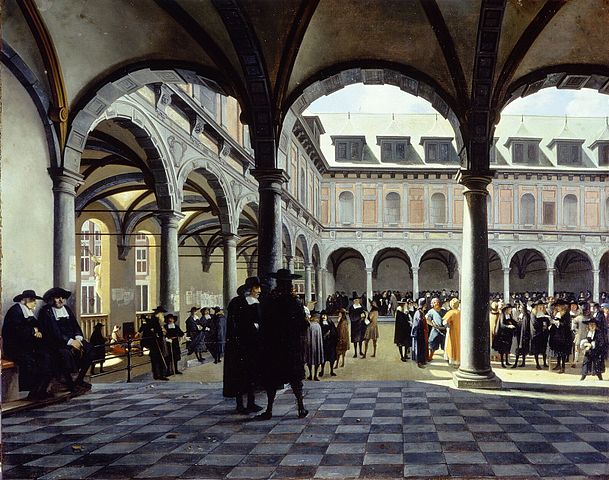 Courtyard of the Amsterdam Stock Exchange by Job Berckheyde, circa 1670. (c) en.wikipedia.org/wiki/Joseph_de_la_Vega

Jewish travels through Holland are not complete without a brief visit to Amsterdam. Not only is the capital of the Netherlands a must-see locale that’s full of great sights, it is also a cultural center of much Jewish history. In particular, it was one of the destinations for many emigrating Sephardi Jews who were looking for more hospitable places to settle after the situation in the Iberian Peninsula worsened. It was in Holland that a number of great works of literature were written, such as Joseph de la Vega’s seminal work, Confusion of Confusions. But who was Joseph de la Vega, exactly?

The Life of a Writer and Merchant 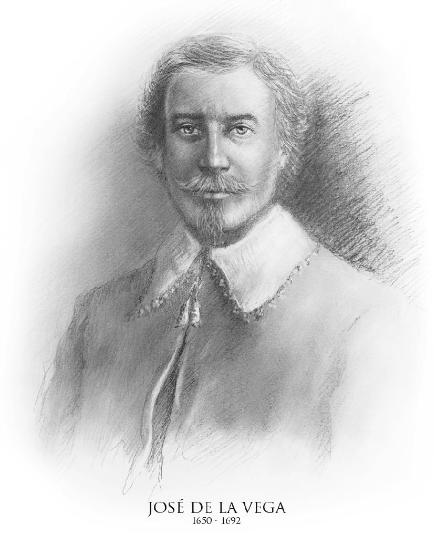 Joseph de la Vega, also known as Joseph Penso, was born in 1650, but where he was born is a bit uncertain. His father, Isaac Penso Felix, escaped the clutches of the Inquisition and fled to Holland with his wife Esther de la Vega. Joseph de la Vega had four siblings, and would grow up to stay in Amsterdam, writing many literary works (such as his first, the allegorical Asirei ha-Tikvah) while maintaining some academic positions in the city. He was said to have written over 200 epistles to various statesmen and was especially distinguished for his work Confusion on Confusions. This work was written after Joseph went into business, and uses a three person dialogue between a philosopher, a stockholder and a merchant to explain the stock exchange. His work was quite ambitious in scope, and used a variety of literary devices and references. Joseph de la Vega died on November 13, 1692.

Influence in the Modern Day

Confusion on Confusions provided an interesting glimpse of how the stock exchange worked in 17th Century Amsterdam, from speculation to the share market. This book provided the groundwork for modern studies of behavioral finance. Aside from this book, Joseph de la Vega was an accomplished writer who published novels and other works in Spanish, some of which he delivered to Amsterdam’s Academia de los Floridos. On our future Kosher cruises through Holland, let’s remember the various writers and important Jewish figures who called its capital city home, like Joseph de la Vega.