Of Stars, Staves and Numbers: The Story of Gersonides 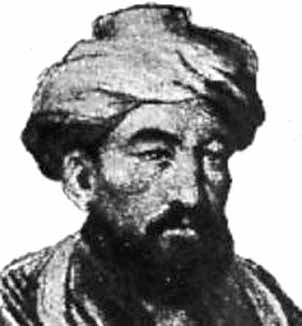 The light of the stars are beautiful natural phenomena, a nightly display of wonder that has captivated the imaginations of people throughout the centuries. You can enjoy the sight of stars while driving through a country road, while enjoying yourself in kosher resorts, or even while staying at home. The people of antiquity were fascinated by the stars, along with the rest of the cosmos. Many Jewish scholars also dabbled in astronomy. One of them was Levi ben Gershon.

The Works of Levi ben Gershon

Gersonides, or Levi ben Gerson or Ralbag (after his initials), was born in what would be known as Avignon in France, a town called Orange circa 1288. He lived during the Avignon papacy, a period of time where the Jewish people of that part of France lived in relative peace, and would even write a book, The Harmony of Numbers (which examined the concept of harmonic numbers and clarifying the only consecutive number pairs that differ by 1) per the request of the bishop of Meaux. He would go on to become a scholar with expertise in different fields, such as astronomy, mathematics, theology and even medicine. He wrote commentaries on Euclid’s work, as well as Maimonides’ work, and refuted Ptolemy’s model of the universe, before Copernicus. He was also said to be the creator of the Jacob’s staff, a measuring tool that was the predecessor of the sextant. However, his theological writings were controversial, adhering to Aristotelian ideas that many theologists of his time disagreed with.

Measuring The Spaces Between

Gersonides’ influences and legacy is complex, owing to his unusual ideas. One of the more concrete pieces of legacy that Gersonides left in the modern day is the Jacob’s Staff, or Revealer of Profundities. One can imagine bringing such an instrument on kosher vacations, but we digress. While Gersonides and his works are relatively obscure in the modern day, it is always interesting to read about the thoughts and discoveries of scholars like him, predecessors and contributors to concepts that were not yet fully realized.