On previous Jewish vacations through the temperate riverside plains of Iberia, we explored the wonders, triumphs, tragedies and legacies of the Jewish peoples who lived in what is now known as Portugal and Spain.

Near the end of the Golden Age of Spanish Jews, the Sephardic Jews of the Iberian Peninsula began to feel the grace and relative tolerance of their hosts begin to fade. Nevertheless, a number of different rabbis and scholars continued to contribute plenty of literary and religious work to the body of Jewish knowledge. One such scholar, Nahmanides, is most well-known for three things: his role as mediator between Maimonides’ followers and detractors, his victory in the Disputation of Barcelona, and the Ramban Synagogue of Jerusalem’s old City, named after him. This is the life of Nahmanides. 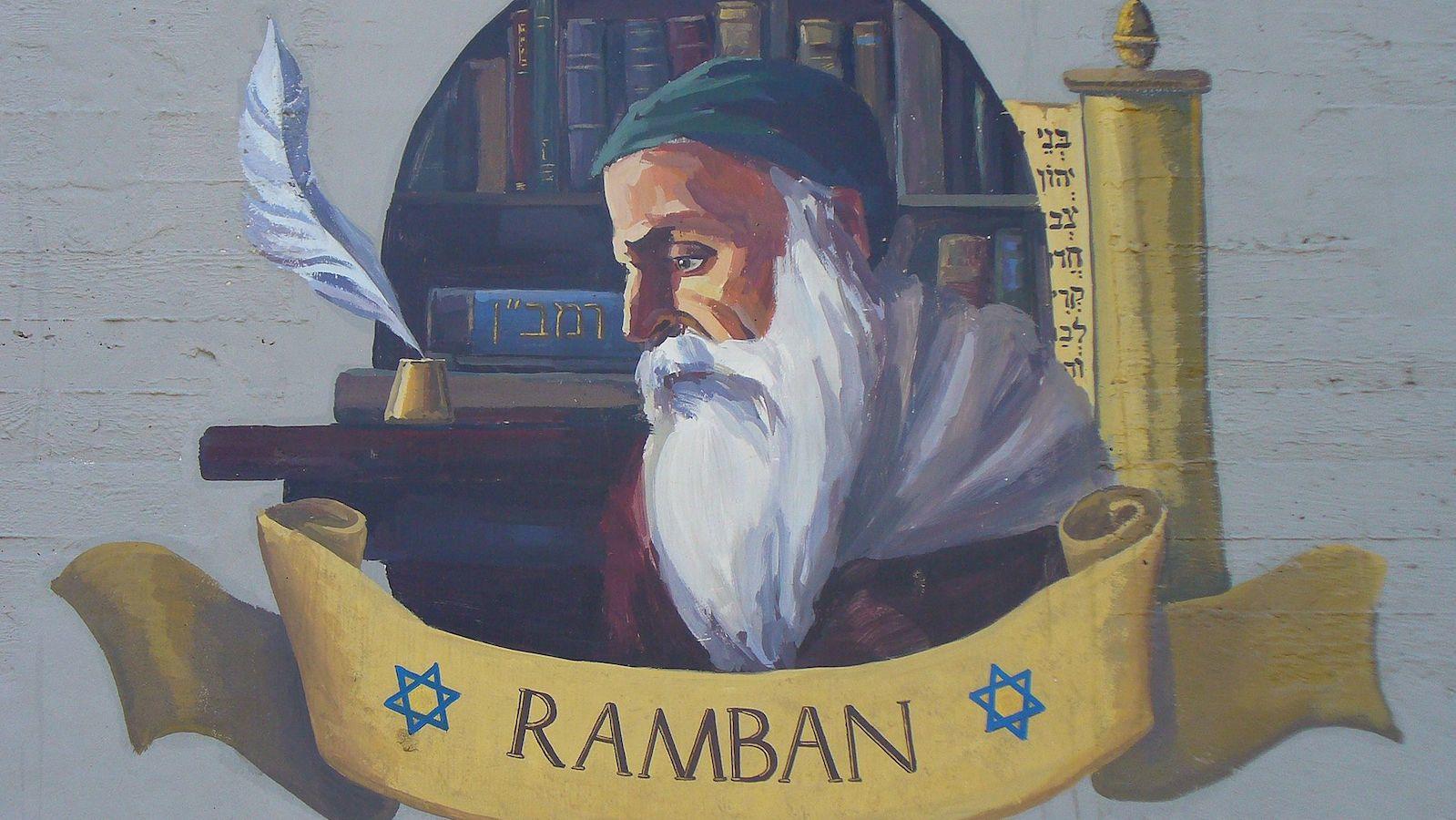 The Life of Ramban

Moses ben Nahman, also known by the acronym Ramban, was born in Girona, Catalonia in 1194. He was a skilled scholar of the Talmud, learned in the Kabbalah, and was also trained as a physician, which was his main method of livelihood. Eventually, he would become the rabbi of his home city, and later the rabbi of Catalonia.

In 1232, when disputes related to the writings of Maimonides were occurring in Montpellier, Nahmanides was summoned to mediate between the two opposing camps. Interestingly enough, he opposed a few of Maimonides’ views, but still chose to mediate. Although he was well-respected and his arguments were listened to, the two sides could not reconcile.

Near the end of his life, Nahman was forced to confront the Jew turned Christian Pablo Christiani in a public dispute. This would be known as the Disputation of Barcelona. Ramban was victorious and was awarded 300 gold coins for it by King James of Aragon. Sadly, the Dominicans tried to have him tried, but Nahmanides escaped to Jerusalem just in time before any of their accusations took hold. It was there that he set up a synagogue, bringing together the disparate Jewish community in the Holy Land, before settling in Acre. He died in 1270 in an uncertain location, possibly the Cave of Ramban.

Of Disputes and Community

Nahmanides had a myriad influence on Jewish history. From his religious commentaries to his oral disputes, from his time in Girona to his establishment of a synagogue in the Holy Land, Ramban’s life was full of action and productivity. If you ever go on kosher trips through Iberia, think about visiting Barcelona, and if you ever visit Jewish resorts in Jerusalem, don’t forget to check out the Ramban Synagogue.