That Europe is a part of the world that is quite rich in Jewish history is a common nugget of knowledge among many Jews today. One notable region is Central Europe, through which part of the Danube River flows. This has made the area a popular option for those who prefer going on vacations with kosher cruises, just like what Kosher River Cruise offers!

There are a handful of major cities that these boats dock in, each with Jewish museums that are worth a visit during our stops in each respective city. Two such stops we’ll be making are Budapest and Bratislava. Both of them have a long history with the Jews, as their museums show.

The Hungarian Jewish Museum in Budapest was established early on in the 20th century. It first started out as a 1,500-piece collection in an apartment in Hold Utca in 1916. Now, it is found in the Dohany Street Synagogue building complex. It was one of the earliest Jewish museums in the world. Before it, the only museums dedicated to the Jewish heritage were in Vienna, Hamburg, Frankfurt, Prague, and St. Petersburg. 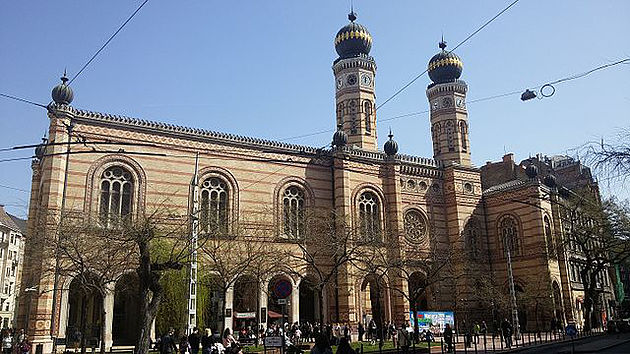 Aside from the Museum, there is also the Hungarian Jewish Archives. Founded after WWII, the archive collects and organizes documents and other pieces of evidence recording the local Jewish communities at least from the 18th century up to modern times. It is open to the public for viewing.

The existence of two museums in Bratislava has been a source of confusion among travelers for quite some time now, though they are both worth a visit. 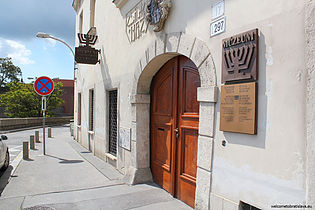 The Museum Of Jewish Culture is housed in the Zsigray Mansion, the only home left from the 1960s demolition of the old Jewish neighborhood, Judengasse. It was established in 1993 and is a branch of the Slovak National Museum. With around 5,100 pieces on display, the museum provides an outline of Slovakia’s Jewish history from the first century CE to the modern era. Perhaps their most valuable pieces are two Chevra Kadisha jugs from the 1700s. The jugs have depictions of activities by the group. The Chevra Kadisha is traditionally in charge of handling funerals and assisting grieving families in the Jewish community. Photo Credit: https://www.welcometobratislava.eu/museum-of-jewish-culture-in-slovakia/ 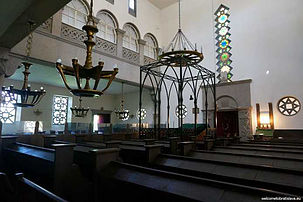 The Jewish Community Museum, on the other hand, was established by the local Bratislava Jewish community themselves. It is part of their efforts to preserve the Heydukova Street Synagogue, the only surviving synagogue in Bratislava. The synagogue actually is the main exhibit of the museum, though there are other sections that document the history of the Bratislava Jews and highlights their perseverance during and after the Holocaust. The objects on display have been donated by members of the local Jewish community. Photo Credit: https://www.welcometobratislava.eu/jewish-community-museum/

For those going on a Jewish vacation to Europe, making a stop to these storied cities is definitely worth your while. And we at KRC are happy to show you to these lovely museums, meet the local community, and become a more enriched traveler in the process!