Various desserts consisting of whipped cream in pyramidal shapes with coffee, liqueurs, chocolate, fruits, and so on either in the mixture or poured on top were called crème en mousse ‘cream in a foam’, crème mousseuse ‘foamy cream’, mousse’foam’, and so on, as early as 1768. Modern mousses are a continuation of this tradition.

This is just one of the delicious desserts we will serving onboard our upcoming Normandy cruise. Featuring modern kosher cuisine, with  the best of French fare. All this and kosher wine paring every night.

Join us on Kosher River Cruise this coming August. 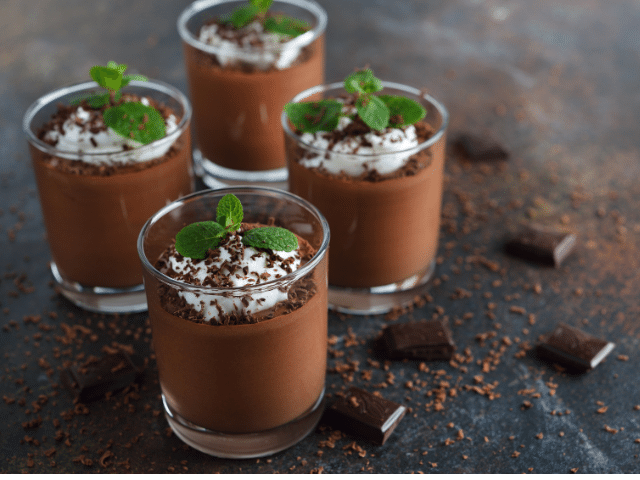