Moses Isserles and his Mappa on the Set Table

History is shaped by many factors. From geological shifts to man-made happenings, history is colored with many different events that affect the people who live in the present. One thing that we miss on our kosher riverboat cruises is the opportunity to explore the Jewish context of history along the rivers of the world. Until it becomes safe to travel again, we’re continuing our journeys through Jewish history online, from reading articles to watching historic videos.

Yosef Caro composed the Shulchan Aruch, one of, if the most influential codifications of Jewish law. Josef Karo wrote the Set Table from a Sephardi context, owing to his background. Moses ben Israel Isserles, or Rema, made sure that this important code was accessible to Ashkenazi Jews, by writing glosses to accompany the Shulchan Aruch.

The Life and Works of the Rema 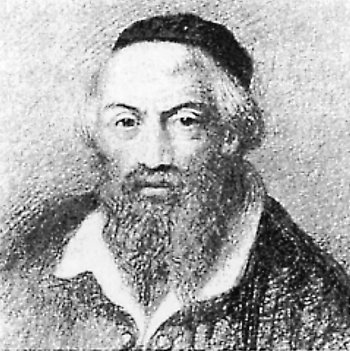 Moses Isserles (or Moshe Isserlis) (1530 – 1572) – a Rabbi and Talmudist, renowned for his fundamental work of Halakha (Jewish law), titled the Mapah (HaMapah), a component of the Shulkhan Arukh. He is also well known for Darkhei Moshe, a commentary on the Tur. Isserles is also “the ReMA” (or “the RAMA”) רמ״א, the Hebrew acronym for Rabbi Moses Isserles. (c) en.wikipedia.org/wiki/Moses_Isserles

Moses ben Israel Isserles was born in Krakow, Poland, born around 1520-1530. A studious young man, Rema (after his initials) became a rabbi at an early age, studying in the yeshiva of Shalom Shachna in Lublin and becoming a rabbi for his home city, where he also established a yeshiva. Moses Isserless was well-versed in history, astronomical studies and even Kabbalistic research, but remained humble in disposition. When his wife died, Moses Isserles dedicated a synagogue, the Rema synagogue of Krakow, after her.

Moses Isserles corresponded with many Jewish scholars in his time, including Yosef Caro. However, the latter’s codification ignored the minhag (local customs) of Ashkenazi Jewish in his Set Table, which was mostly Sephardi in context. Moses Isserles wrote glosses and commentary on this, adding an Ashkenazi voice and context to the influential work. His glosses and commentary were known as mappah, or “tablecloth”, in relation to the Shulchan Aruch’s name. Moses Isserles died in 1575 in Krakow, but not before making the Set Table accessible to Ashkenazi Jews.

On Setting the Table of History.

History is sometimes considered to be influenced exclusively by individuals. This would be wrong, as despite the greatest influence of single people, the weaving of history’s tapestry is a group effort. Yosef Caro wrote the Set Table, and Moses Isserles has equal credit for its influence and authority. Like just like the great works of rabbinical literature, history is built on the efforts of those before, a collaboration between peers across time and across geological barriers. Here is something to ponder on your future kosher holidays.