Gershom ben Judah, the Light of the Exile 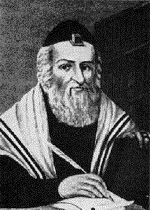 Our Glatt Kosher holiday cruises have traversed through both physical locales and temporal experiences, plunging the depths of history to better understand the happenings of today. Every now and then we travel to the home city of a great Jewish figure, an authority in religious matters whose insights can still be seen in modern-day religious scholarship. Around 1000 CE, one such figure called a synod that would declare major decrees that would influence Talmudic law hundreds of years afterward. Gershom ben Judah was his name.

The Light of the Exile

Gershom ben Judah was born in France, like Rashi, in the year 960. He lived in Metz, but would move to Mainz which became a center for Jewish learning. His title was MeOr Hagolah, or “The Light of the Exile”, for many flocked to him for wisdom, and the Ashkenazi of his time found guidance in his teaching during a time of diaspora and unrest. Among the things that he decreed was the prohibition of polygamy, the privacy of a person’s mail being respected by the person delivering it, and the mutual consent of both partners in a divorce settlement. He also forbade the shaming of Jews who converted to Christianity to avoid persecution, but would return to the fold later on. His own son converted to Christianity during the expulsions of Mainz, and he died without returning to Judaism. Gershom did not disown him, and mourned his death without reproach.

The Light beyond Mainz

In the past, we’ve gone on Kosher holidays through places where Ashkenazi Jewry lived and thrived and endured. However, even if we’ve visited such places more than once, there’s always something new to discover, something new to give context and bring enlightenment to the modern-day. It is amazing to see how strong the legacy of Gershom is, to the point that esteemed rabbi Rashi even said that the great rabbinical figures of Europe were the students of Gershom’s students, a passing down of knowledge across time.