The earliest known recipe of a dessert called crème brulee appears in François Massialot‘s 1691 cookbook “Cuisinier royal et bourgeois”. The question of its origin has inspired debate within the modern gastronomical community, with some authors suggesting that crema catalana, whose origins date to the 14th century, may have inspired chefs throughout Europe.

However, for the sake of our brilliant Normandy River cruise, commencing this 6th July 2022, we say that it’s French.

One of the delicious desserts we will be making for you. 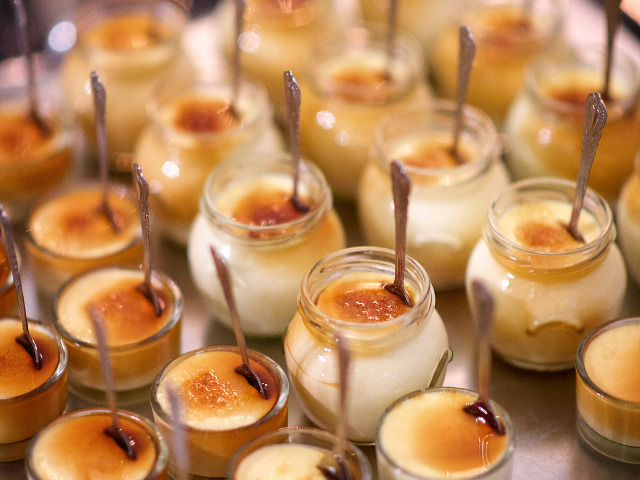