Our Kosher holiday cruises explore the past regularly, diving into the stories of notable Jewish achievements across the world. It’s fascinating to learn about how various Jewish individuals contributed to the growth of scientific discovery, including the study of medicine.

As long as humanity continues to evolve and progress, the study of medicine improves out of necessity. Many modern physicians owe a lot to Amatus Lusitanus, a Crypto-Jew whose works on the circulation of blood were compiled in his Centurae. 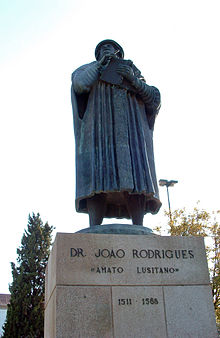 Life of a Doctor

Amatus Lusitanus, also known as João Rodrigues de Castelo Branco, or Ḥaviv ha-Sephardi, was born in 1511 in Castelo Branco in Portugal, mere decades after the tumultuous events regarding Sephardic Jewry in Iberia. His family was a Crypto-Jewish one, practicing Christianity in public. but his Jewish heritage was revealed to him at a young age. He was a graduate of the illustrious Salamanca University. He went back to Portugal briefly, but because of growing persecution, he moved to Antwerp and wandered for a while. Finally, he settled in Ferrara, Italy.

It was in Ferrara’s University that he was active in his studies of the body, particularly its circulation of blood. He discovered the function of valves and his dissections allowed him to write important notes on how certain operations could be possible. His medical observations were compiled in his Centurae.

Because of his renown as a physician, the King of Poland invited Amatus as his court physician. Amatus refused, instead of becoming the town physician of Ragusa, a humbler profession that allowed him to treat people of any background. He was even called to treat the illness of Pope Julius III’s sister, and later that Pope himself.

Amatus faced persecution later in life, during the rule of another Pope and because of a rival physician’s inability to take criticism. He managed to escape, but at the cost of many of his books and works. He managed to return to Ragusa for a time, before moving to Salonika, where he professed his true faith openly. Amatus died in 1568, but his legacy and contributions live on.

The study of medicine is crucial for humanity, and yet its practitioners have faced many hardships, both in the present day and in the distant past. Amatus Lusitanus experienced persecution and hardship throughout his life, but despite this, he held no grudges or reservations regarding whom he would treat as a physician. He even championed a medical oath— an ethical concept where the physician is to treat each patient fairly, regardless of ethnic or religious background. His contributions to both practical medicine and medical ethics are well-known and celebrated even today. Our kosher travel tours through Iberia bring us closer to the stories of the past, and Amatus Lusitanus’ story is one of them, the tale of a physician of unwavering morality and dedication.