A Top with Many Sides: The Story of the Dreidel

Jewish history is full of miracles, both big and small, from the parting of the Red Sea to the jar of oil that lasted for eight days. Many of our holidays celebrate these miracles, and Chanukah is one of the most famous ones out there. Celebrating the rededication of the Second Temple, Chanukah is characterized by many festive and commemorative acts, such as the eating of oil-based foods and the lighting of candles on the menorah. Another act related to Chanukah is the spinning of the dreidel or sevivon, a four-sided spinning top used for games. The origins and context of this spinning top are quite interesting, as fascinating as the stories that we uncover on our Jewish tours. This is the story of the dreidel. 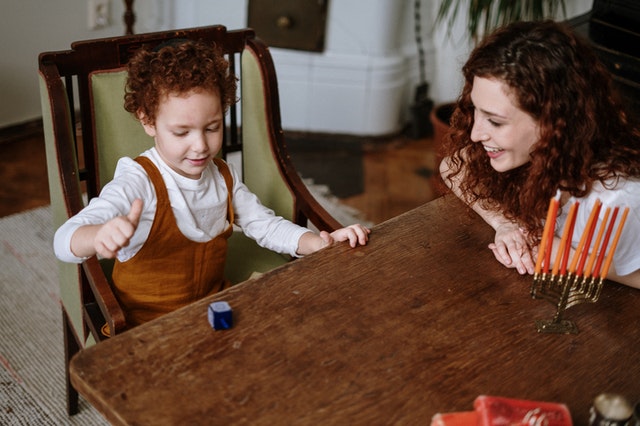 Turning of the Ages

The dreidel as we know it today has its origins in the teetotum, a spinning top used for games in Babylon, Greece and a good chunk of the ancient Middle East. The games associated with the teetotum are similar to the ones played using the dreidel (two or more players with a pool of coins/candies/trinkets between them, spinning the top and adding/subtracting/taking all the objects in the pool, depending on the result of the spin.) Later on, this spinning top game would reach England and other parts of Europe. The German variant of this spinning top was adopted by Jewish players, and the initials used on the top (G, H, N and S) were used for the dreidel that we know today.

According to stories, the dreidel was used by Jews during a period when studying the Torah was banned, a misdirecting toy that students would pull out if they were ever investigated by the Seleucids. In addition, it was believed that each letter corresponded to a Hebrew word that would form the phrase “nes gadól hayá sham” (meaning “a great miracle happened there”.) Moreover, according to those who study gematria, the numeric value of the Hebrew letters on the dreidel equals 358, a number associated with the Messiah. These are just a few fascinating interpretations of this spinning top toy.

The dreidel has become one of the most notable symbols of Chanukah, alongside the menorah. While its roots may not be strictly Jewish in scope, its impact and symbolism as analyzed by rabbis and Jewish people through the ages have solidified its place in modern consciousness. On our future kosher river cruises, let’s remember to continue discovering new stories and contexts about the small tokens of our culture and identity.